So I’m now tumbling down. Cream Cheese Recipes will do that to a gal.

If I’ve been wrong about french toast all these years what else have I been wrong about? Surely the purple glitter sweater dress I rocked in 5th grade was awesome, right? Sigh.

Just like my purple sweater dress, this recipe will become a classic. It uses my perfect banana bread recipe as a base. Or you can amp it up and use cream cheese banana bread. You can make the bread the day before so it’s ready to go come morning, if you’re not a morning person like I am. <<<UNDERSTATEMENT OF THE YEAR!

The recipe below starts off once you’ve made the loaf of banana bread. Kick it up a knock by serving it with a Beermosa. 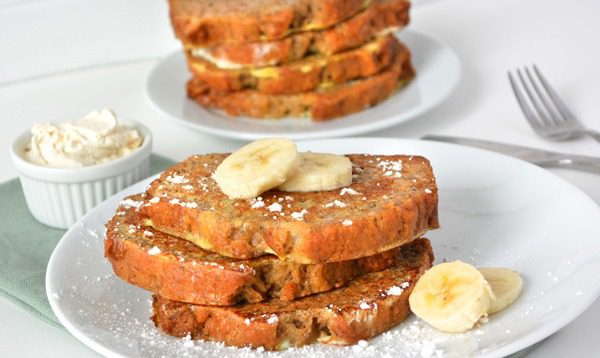