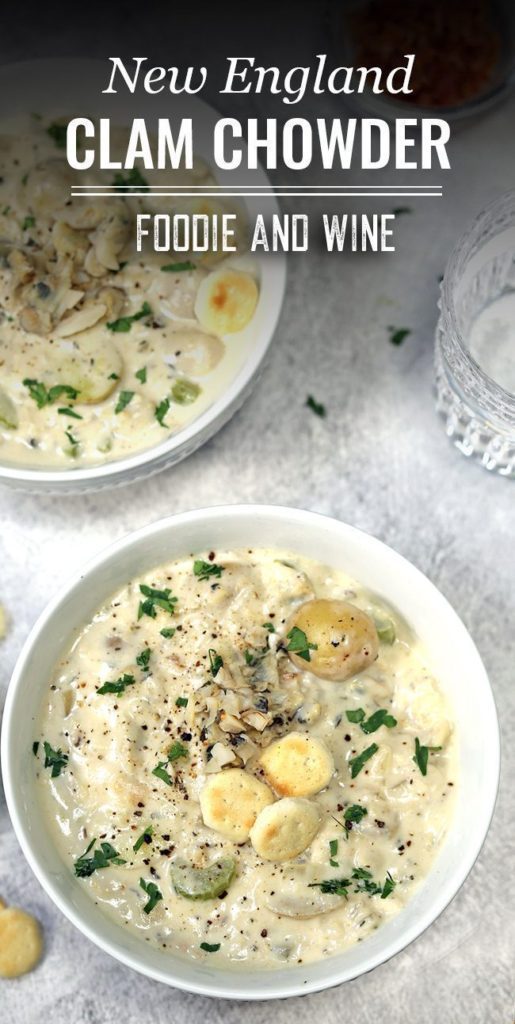 Learn how to make this delicious recipe for clam chowder. Forget about spending hours in the kitchen to create a creamy clam chowder recipe. This New England Clam Chowder is ready in just an hour. Clam Chowder with fresh clams (or canned clams) is the best way to warm up during soup season (while our steamer clams make the best warmer weather clam recipe). 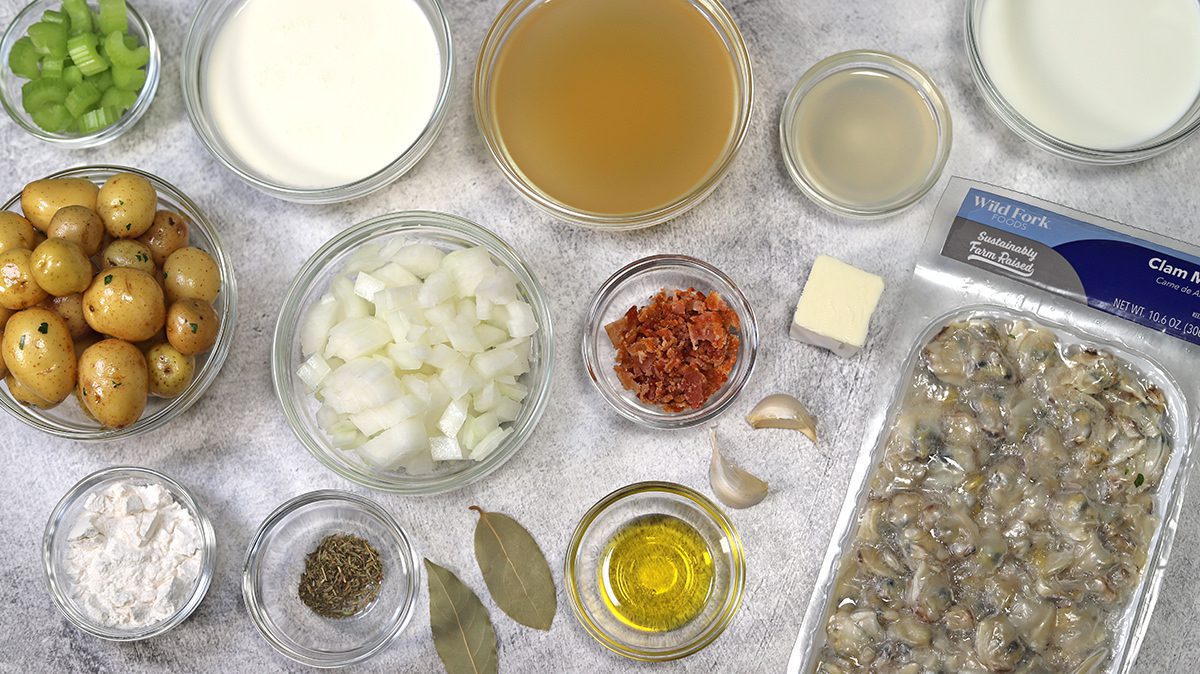 How To Make The Best Clam Chowder Recipe

Making clam chowder is very straightforward, however the prepping of the clams differs depending on whether you’re using frozen clams, fresh clams or canned clams.

Once the clams are ready to go, all you do is cook the bacon and veggies, make the roux with flour and chicken broth, add the potatoes and clams, and top it off with cream. This is the most involved version as you need to extract the clam meat from the shells. To do this, add 1 cup of vegetable or chicken broth and the clams to a large pot. Cover and turn to high heat for 6-7 minutes. Uncover and remove the open clams. Cover and continue cooking for another 2 to 3 minutes. Turn off the heat and discard any un-opened clams. Let the clams cool before removing the meat for the soup. Canned Clams – If you’re using canned clams, you do not have to purchase a bottle of clam juice as there is already enough clam juice in the can.

Fresh Clams – If you’re using fresh clams, you can use the water the clams were cooked in. Don’t dump out that liquid gold when removing the clams from the pot after cooking.

There are 3 different types of clam chowder recipes. The basic ingredients are similar, however each has a “twist” ingredient to set it apart from the others.

Boston clam chowder is a creamy chowder recipe made up of easy ingredients – and bacon! Making a clam chowder recipe with bacon also has the added flavor of bacon grease. It’s similar to how we make our Instant Pot Potato Soup, without the chopped clams.

You’ll find that Boston chowder is creamy and white in color, making it the most popular and recognizable. 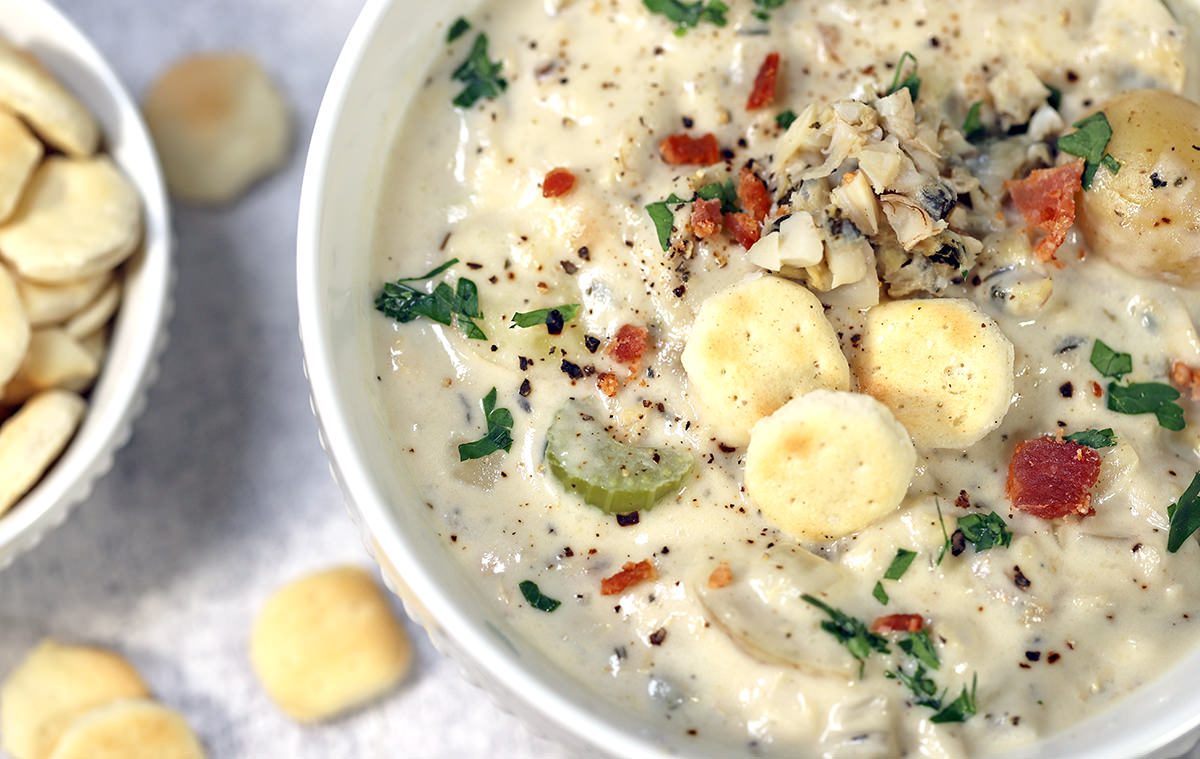 Manhattan clam chowder is a different animal as it’s a tomato-based soup vs dairy-based soup. When making the cream and milk are replaced with tomatoes and tomato paste.  This red chowder looks totally different from the creamy white chowder and obviously tastes quite different also.

The least common of the chowders, Rhode Island Clam Chowder is all about the seafood-forward flavors. You won’t find any dairy or tomatoes in this version as to let the taste of the sea shine through. It’s a more “watered down” thinner version of New England Clam Chowder. How To Store Leftovers

Once the chowder has cooled, store in an airtight container in the refrigerator. The chowder should remain delicious to enjoy for 3-4 days. 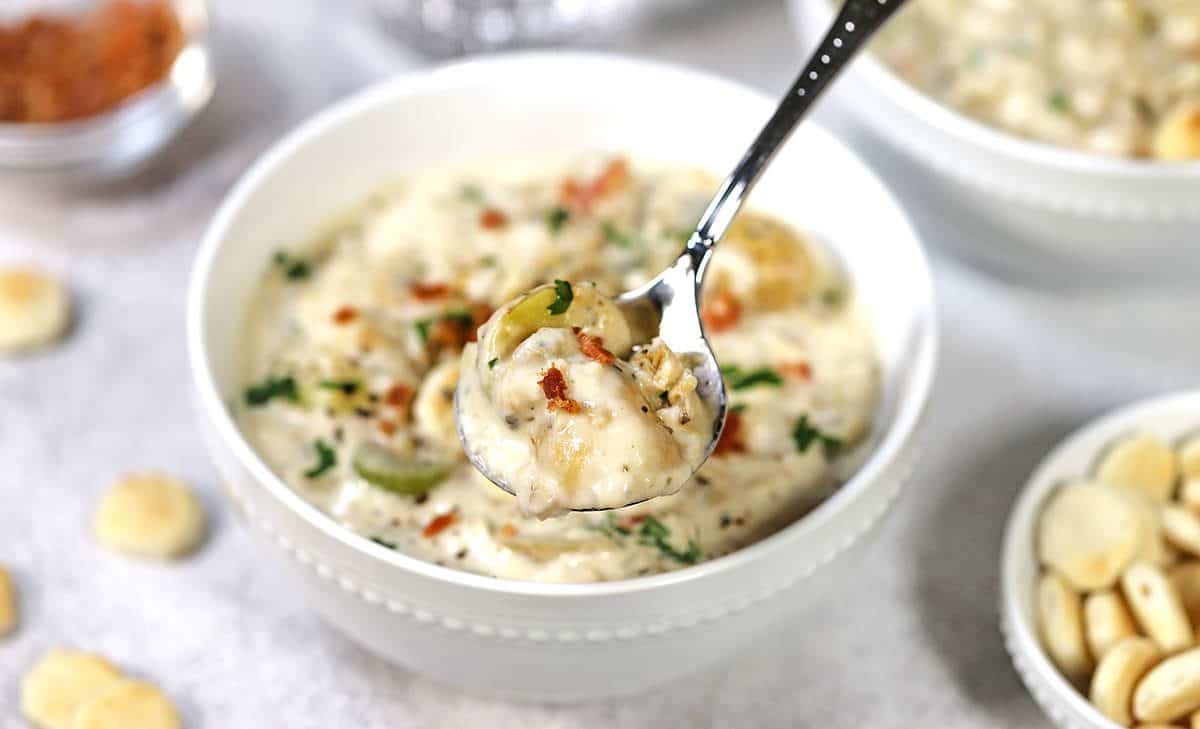 How To Reheat Seafood Chowder

Low and slow is best. Put the cold chowder into a large pot on the stove and reheat over medium until it’s nice and hot. You can also use the microwave if you’re running low on time.

The only thing we eat with clam chowder is oyster crackers or bread. Think Jiffy Corn Casserole, one hour dinner rolls, slices of French bread or even muffaletta bread if we have some on hand. If you’re a fan of soup and salad throw together a wedge salad to serve on the side.

What Wine Goes With Clam Chowder Note 1 - Don’t cut corners. Make sure to use high quality chicken broth, such as our Instant Pot Bone broth, or the end result will suffer. Same goes for bottled clam juice. Note 2 -  You can use fresh, canned or frozen clams. Read the post for the full information on each type. You can use 24 Fresh Quahog Clams or 2 (6.5 oz) cans of chopped canned clams or .5 lb frozen clams. Note 3 - You can use salted or unsalted butter. We always use unsalted as to control the final sodium level. Use what you have on-hand. Note 4 - You can use 1 tsp fresh thyme in place of dried thyme. Note 5 - Start with 1/4 cup of clam juice if you're not sure how much seafood flavor you like. Add an extra 1/4 cup at the end if you prefer more "seafood forward" flavor. Note 6 - Cooking time may need to be increased depending on the thickness of the diced potatoes. Note 7 - The soup will thicken more as it cools. If needed, you can thin it out by adding more milk or chicken broth and bringing it to a boil once more. Note 8 - Nutritional information is calculated using 24 fresh clams and zero toppings or salt/pepper.