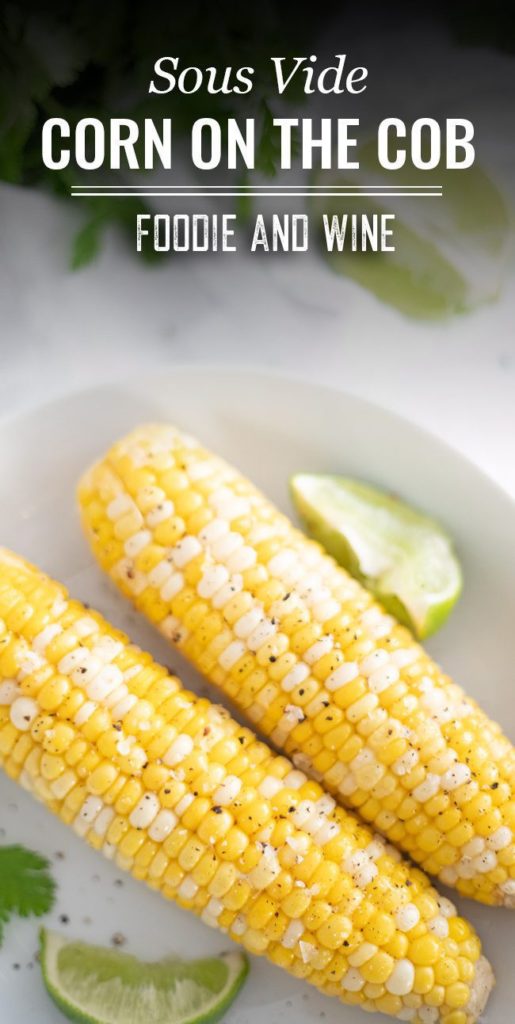 How To Sous Vide Corn On The Cob

To make Sous Vide corn off the cob, just remove the corn kernels from the cob before adding to the vacuum bag. Corn sous vide style tastes great on the cob or off. Seasoned corn off the cob is the only way to go for those who can’t enjoy the cob. 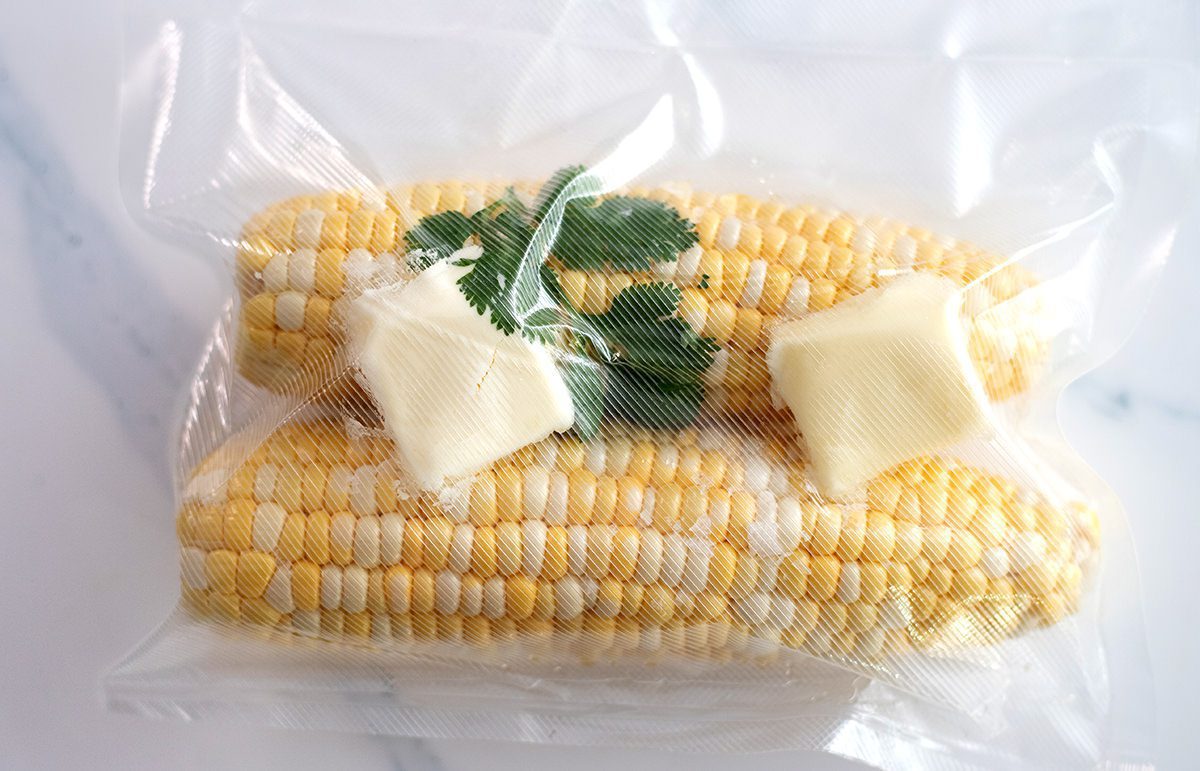 What Temperature Do You Sous Vide Corn

183 degrees F is the magic number to produce tender yet slight crunchy sous vide corn on the cob. Vacuum sealed corn on the cob really does produce the perfect ear of corn. It does take longer than boiling, microwaving or making Instant Pot Corn on the Cob, but it’s just as hands off. We’ve tried all of these versions and hands down, this sous vide Corn recipe wins.

How Long Does It Take To Sous Vide Corn on the Cob?

35 minutes from start to finish. 5 minutes to prep and vacuum seal the corn and 30 minutes to cook it. The pictures of corn on the cob in this post show the “after” cooking look. Notice the juicy kernels. 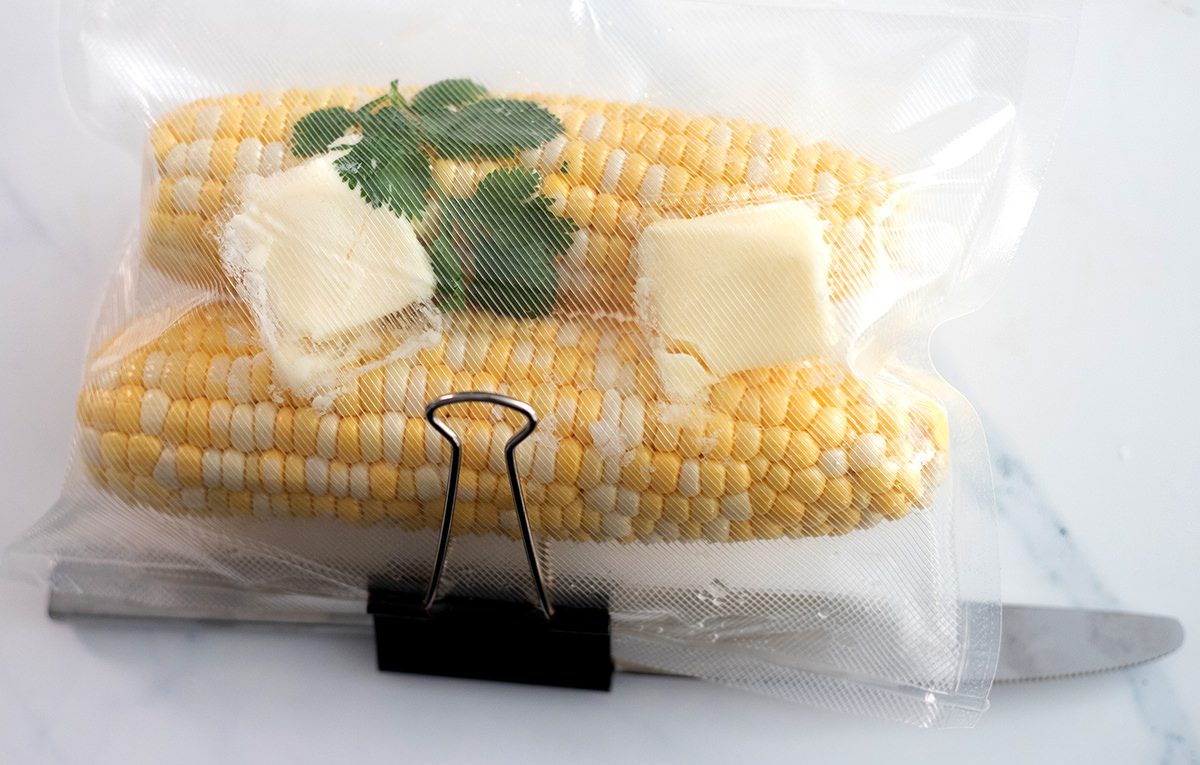 Corn on the Cob Floating- Vacuum sealing corn is super easy though corn tends to float, even when using a high end vacuum sealer. When this happens I add a heavy bowl on top of the bag to weight it down or clip a heavy butter knife to the bag. You can always invest in some sous vide weights. 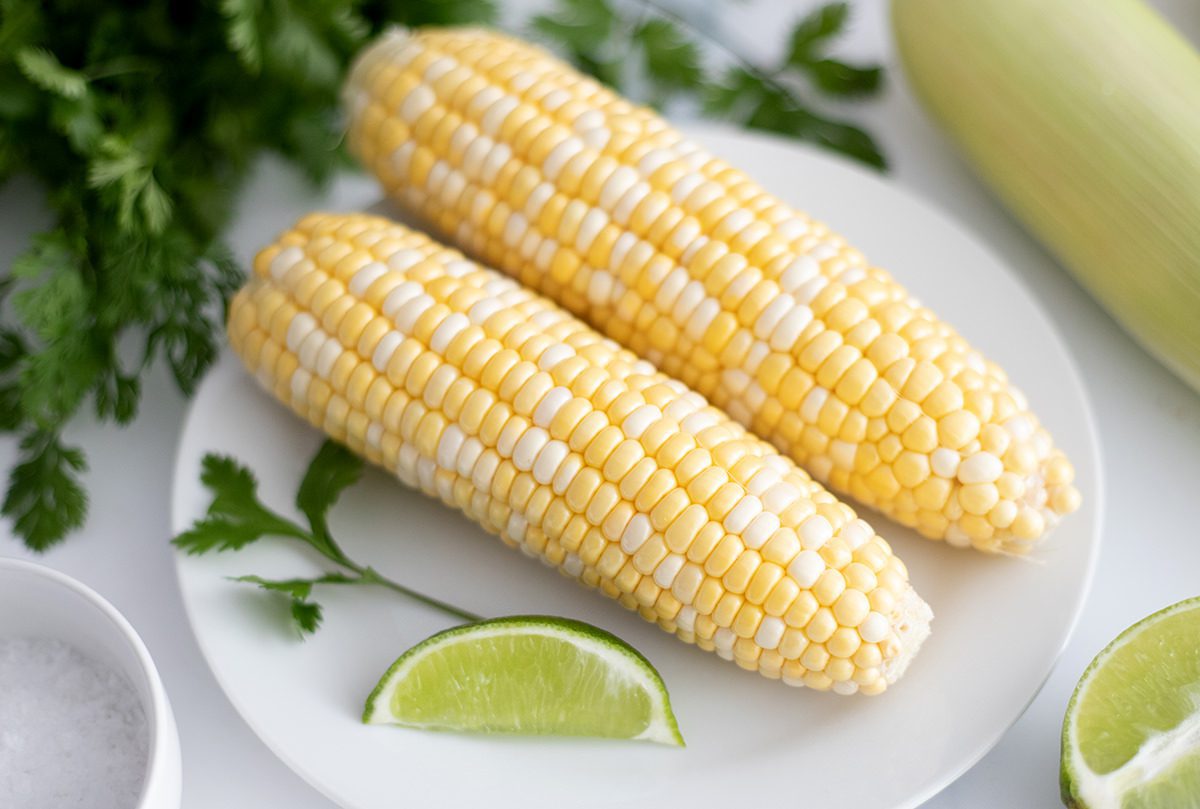 Corn on the Cob Recipe Variations

Jalapeno Corn On The Cob – Add 2 tablespoons of butter, 1 tablespoon of diced jalapeños and salt, to taste. You don’t need a ton of jalapeños to impart a ton of flavor. Less is better than more in this application. This version would pair well with our Refried Bean Dip.

Fiesta Corn Recipe – Sous Vide Mexican corn is our FAVORITE way to flavor sous vide corn corn on the cob. As called out in our recipe card, it’s loaded with butter, fresh lime juice and cilantro. It’s like making Mexican butter from scratch, without the effort. Make the basic corn version listed in the recipe card and use it to make an easy fiesta corn salad, like the famous Ina Garten Fiesta Corn Salad.

Spicy Corn On The Cob – Make a batch of cajun sauce and add half to the bag before cooking. Then poor the leftover half over the corn when ready to serve.

How Do You Re-heat Corn on the Cob

Re-heating corn on the cob is best done in the oven. Pre-heat your oven to 350 degrees F and wrap your corn in foil. Add a few dabs of butter before closing up. Place in the oven and let cook for 5-7 minutes, until warm through out. Leftover corn on the cob would make a great addition to our Sancocho Dominicano or other soup recipes. 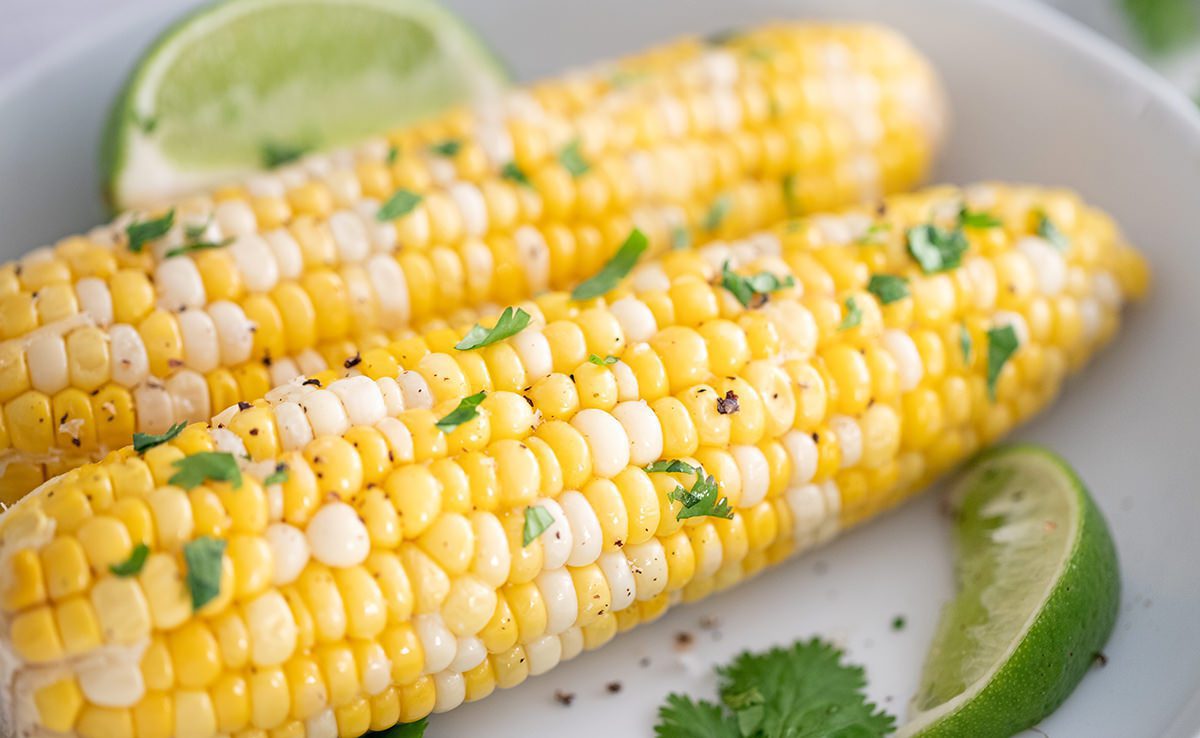 What To Serve With Sous Vide Corn On The Cob 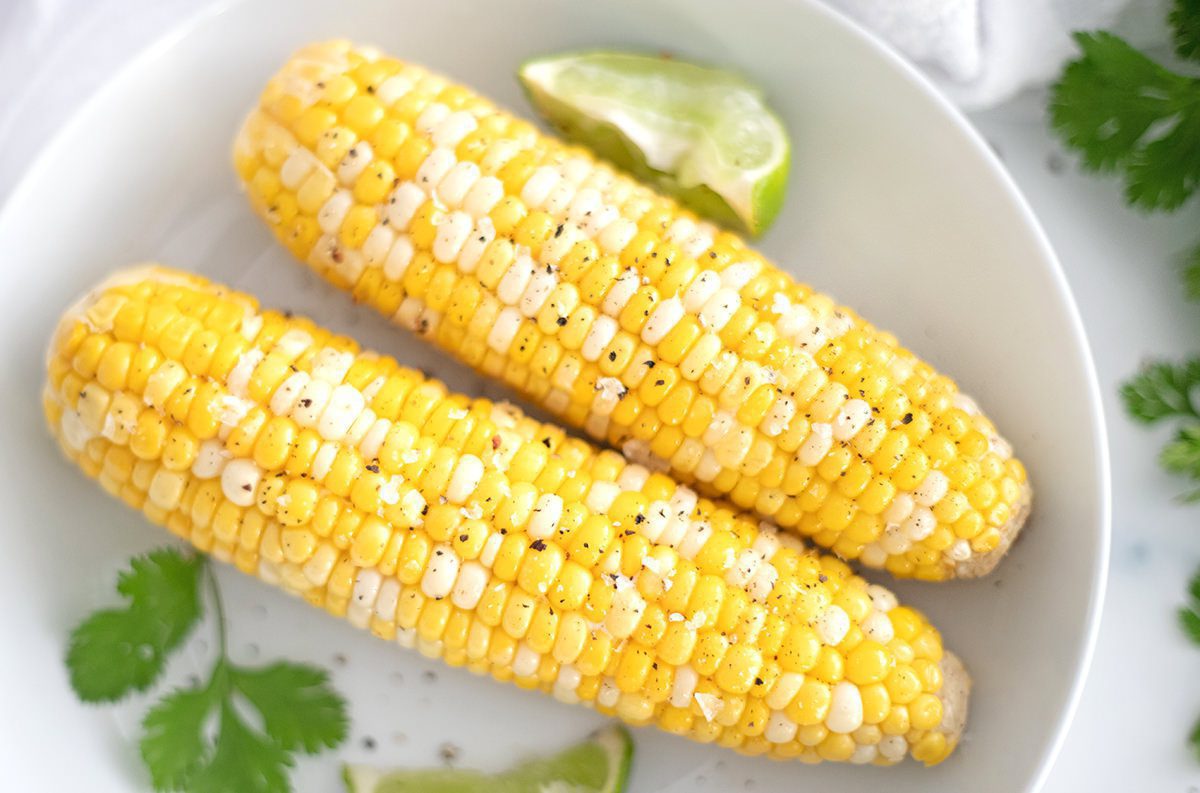 Sous Vide Corn on the Cob

Corn on the Cob with Butter

Mexican Corn on the Cob

Jalapeño Corn on The Cob

Corn on the Cob with Butter

Mexican Inspired Corn on the Cob

Jalapeño Corn on The Cob

Note 1 - You can use salted butter, if that's what you have. Just watch how much sea salt you add to avoid over salting. Nutritional information is for the Mexican Inspired Corn on the Cob version. No salt or pepper has been included in the calculation.