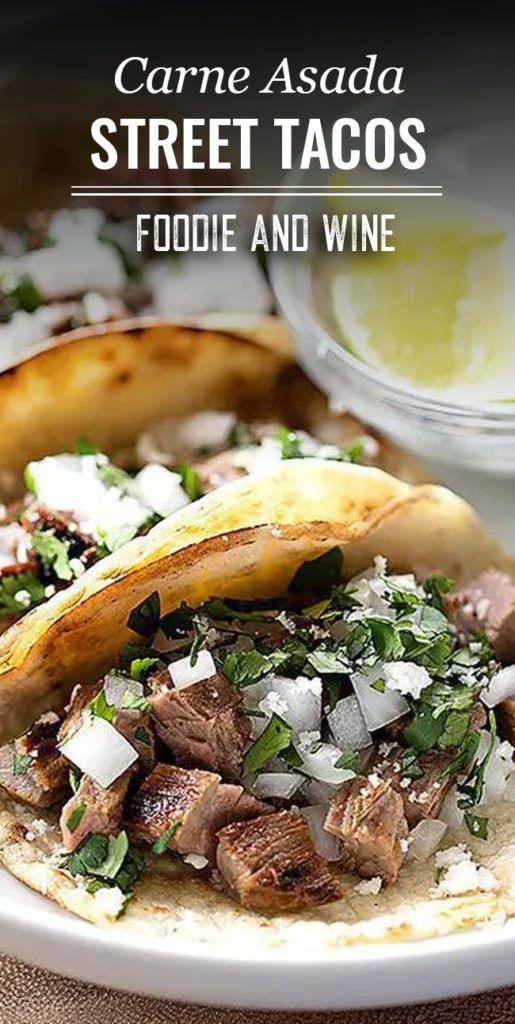 Juicy San Diego-style carne asada is stuffed inside two soft corn tortillas and topped with onions and cilantro to create an authentic Mexican street tacos recipe. Carne Asada street tacos can be made outdoors on the grill or inside on a grill pan.

The base of this carne asada street tacos recipe is our authentic San Diego-Style Carne Asada. It tastes exactly like the carne asada meat you’d find at local taquerias. It’s unparalleled. Getting the meat right is 99% of street tacos. Don’t pick a recipe just because it only has 3-4 ingredients. The meat itself needs FLAVOR. The flavor shouldn’t come from the toppings themselves. 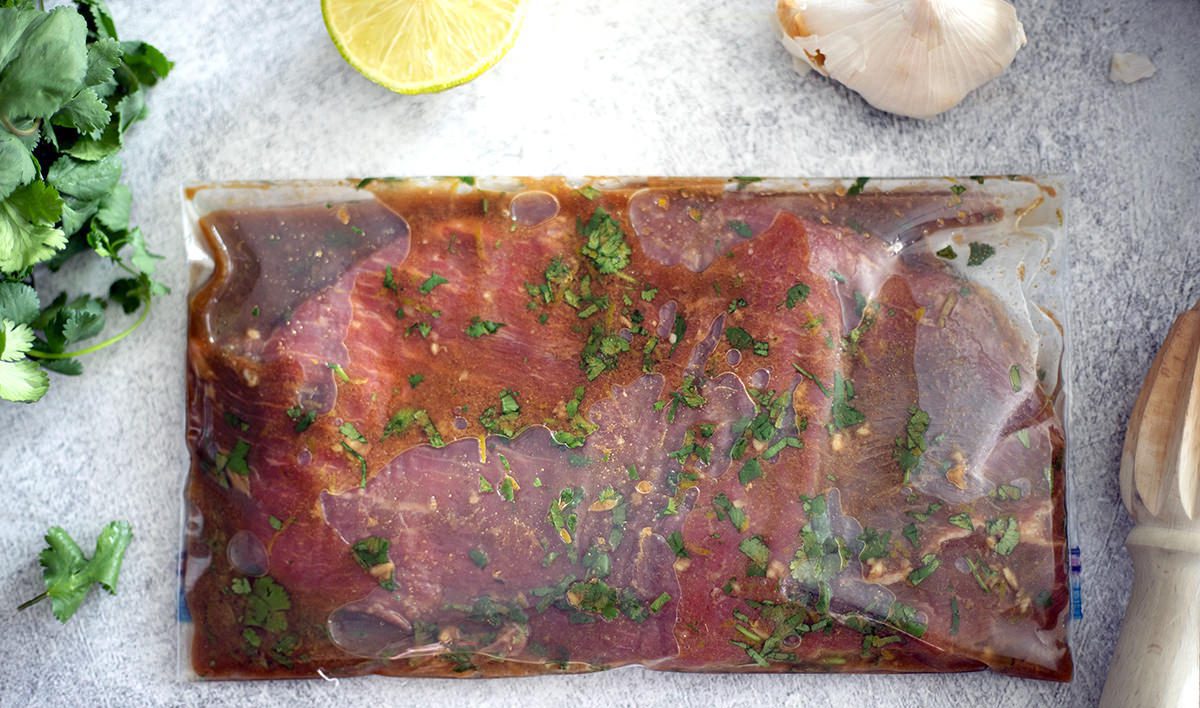 What Are Street Tacos

A Mexican street taco is basically a smaller, paired down taco. It’s served on two small corn tortillas topped with only meat, onions and cilantro. Maybe a hit of lime juice.

Authentic Mexican street taco recipes don’t have tomatoes, lettuce, cheese or guacamole. Although, due to popularity, some taquerias do serve them with guacamole.

Costco street tacos and Buffalo Wild Wings street tacos are a far cry from authentic, so do yourself a favor and skip them next go around. Homemade street taco recipes really are superior.

Here are some taco topping ideas we love using on carne asada street tacos when we’re looking to mix it up. 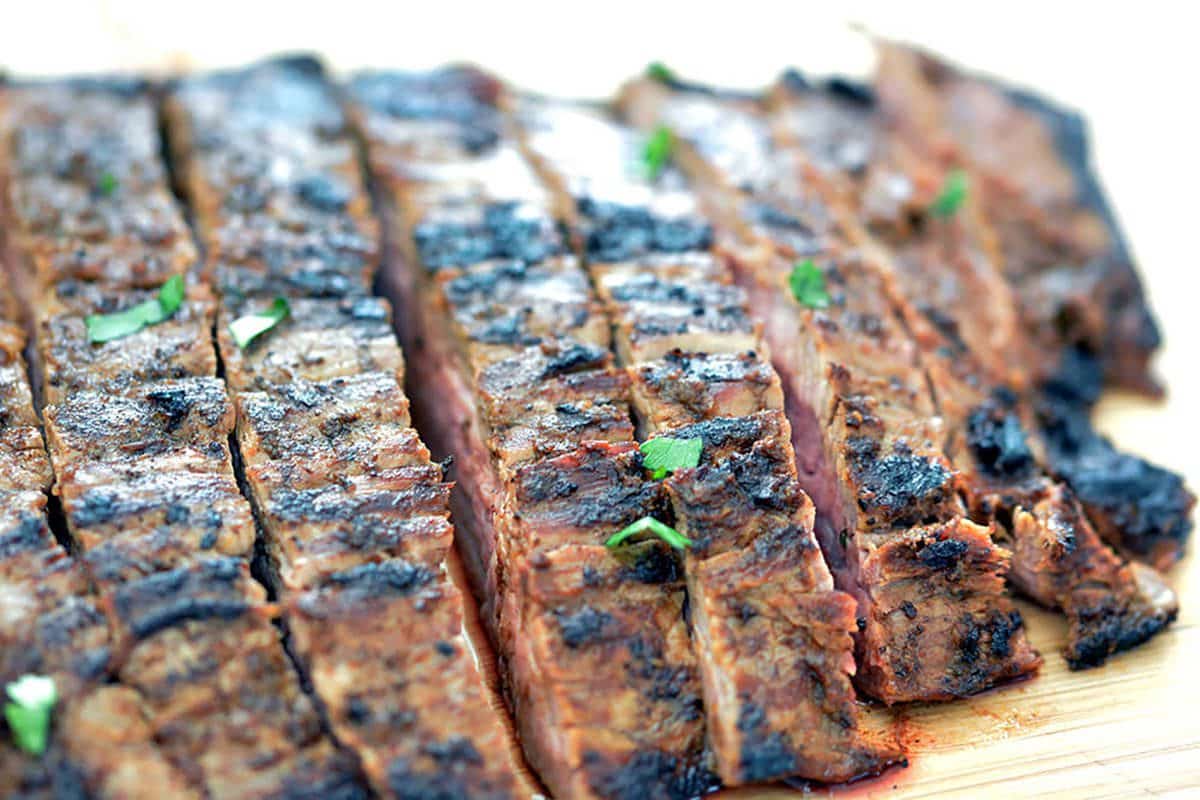 Street taco tortillas are generally around 4.5″ – 5″ in diameter, much smaller than the classic 8″ diameter. Since corn tortillas can tear easily, street tacos have two tortillas vs. one. If you’re watching your calories or budget, feel free to use only one.
The best way to heat street taco tortillas is on the grill or stove. The microwave works in a pinch, but the pliability and texture suffers a bit.

What To Serve With Tacos

Tacos are amazing on their own, however if you’re looking to make it a well rounded meal, here are some ideas: 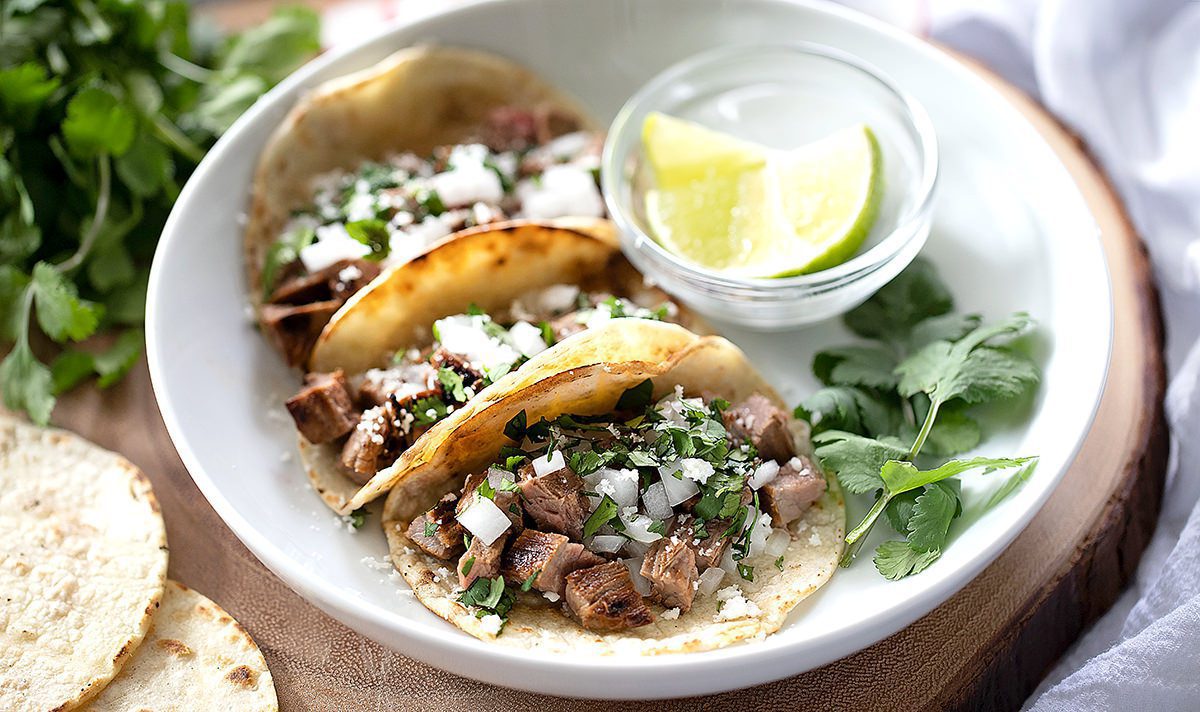 Replace the carne asada with a batch of our Pollo Asado to make a chicken street tacos recipe.

Replace the carne asada with a batch of our slow cooker carnitas or Instant Pot Carnitas.

Use crisp salad greens in place of the tortillas. 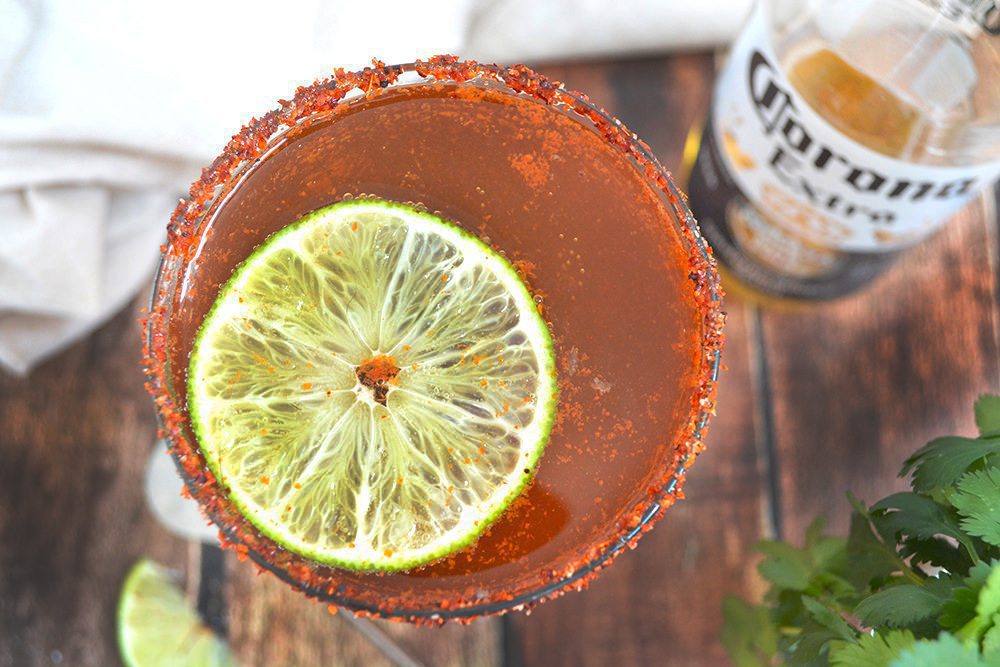 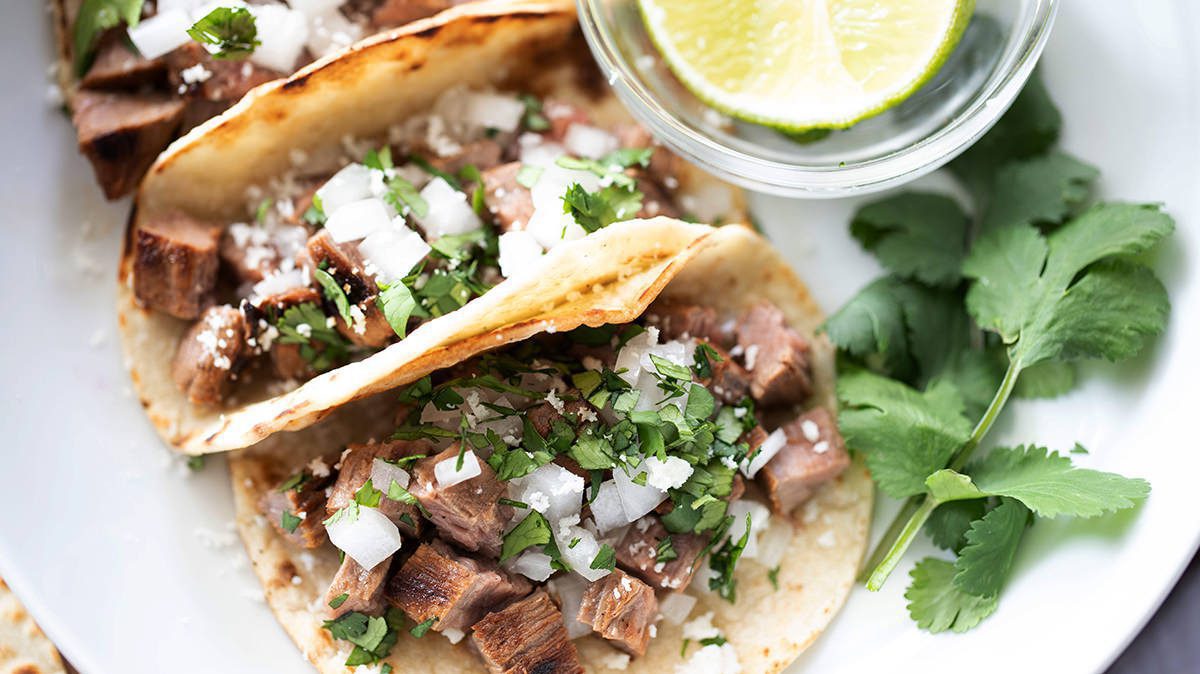 Note 1 - Preparing the Steak OPTIONAL: To keep the authenticity, heat up a cast iron skillet and brown the chunks of carne asada on all sides. You can skip this step if you like. It's not required, but this is how San Diego taco shops finish their meat.  COOKING TEMP: We recommend cooking the meat to medium to medium-well as this makes for the best texture and firmness. You'll see medium-rare quoted elsewhere, but check out the next carne asada tacos you grub down on. I guarantee you won't see tons of pink.  Note 2- Keep an eye on the tortillas as they cook. They cook quickly and timing may vary depending on the skillet and stove used. They will be super soft and pliable when done.