This Creamy Potato and Leek Soup is loaded with flavor,  spices and broth for a rich and velvety finish. Ready in just 30 minutes, this easy soup recipe is a must make along with our Irish Potato Soup Recipe. Both stovetop and Instant Pot instructions have been included. 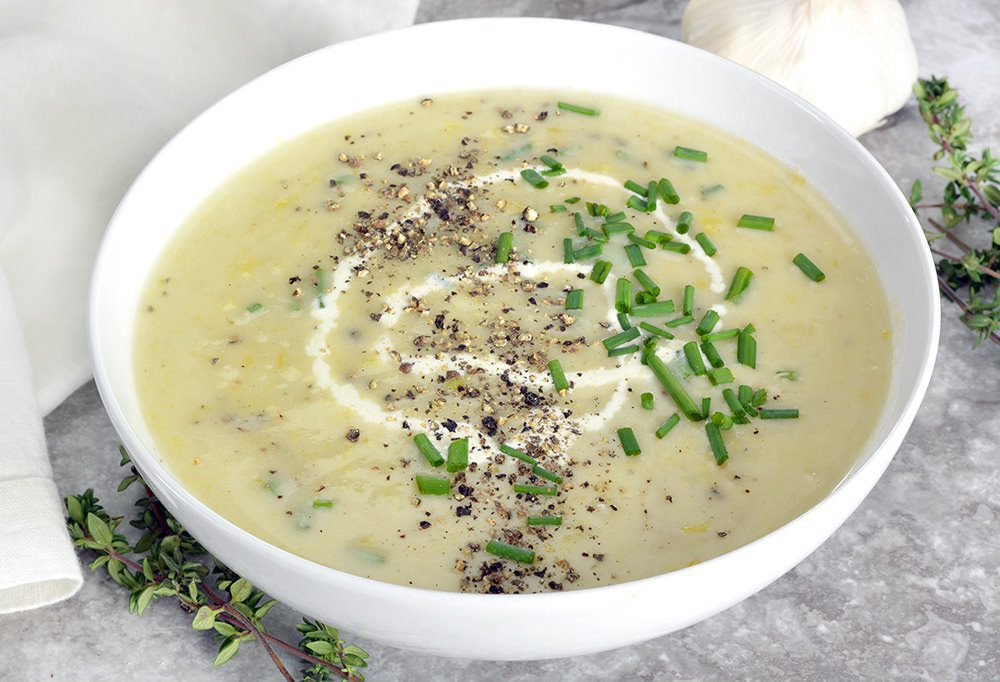 Read for a little history lesson? Creamy Potato and Leek Soup is based on potatoes, leeks, broth and heavy cream.  A variety of spices and herbs can be utilized to punch up the flavor, but the four ingredients mentioned above are must-haves for a traditional Potato and Leek soup.  While strongly associated with Wales, Potato and Leek soup is also a common soup recipe in France (potage parmentier)  and Romania (Ciorbă de praz).  Spot Vichyssoise on the menu? It’s basically Potato and Leek soup served cold. 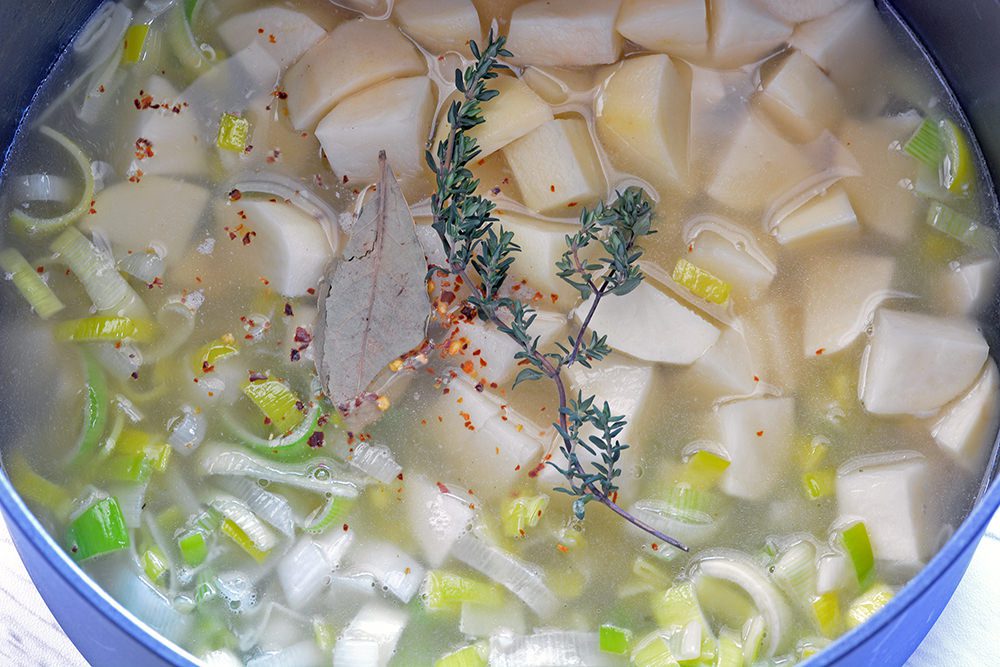 FoodieandWine.com will be delivering more international recipes moving forward, and a simple staple like Potato and Leek soup is a good start. Make sure to sign up for our Weekly Email List to receive these new recipes in your inbox!

For this recipe, we used the popular Instant Pot Duo Plus, which has a 6 qt capacity.  We’ve posted quite a few Instant Pot recipes, so make sure to check them out.

Here are some tips to keep in mind when making this soup:

Make sure to clean the leeks properly. Lots of dirt and grit in those little folds. To cut and clean – cut off the root and dark green part. Slice in half lengthwise and rinse well under cold water. Make sure to pull away the layers to ensure everything is rinsed out. Transfer to a cutting board and slice into half circles. I like to give them one last rinse in a colander.

Do not over cook the leeks during the first 10 minutes. If you see them start to brown, turn down the heat.

When perusing the ingredients list you’ll see red pepper flakes listed. This is an optional addition, however I highly recommend adding it for flavor. You won’t get the heat of the pepper, just a big flavor punch.

An immersion blender is best for blending the soup. If you’re using a traditional blender, make sure to cool off the soup before blending and work in small batches.

Do not over-blend the soup as the potato will turn gummy. It’s the exact same reason you don’t want to over-mix mashed taters.

Freezer Instruction – This soup can be frozen for up to 3 months, however you must leave the cream out of it and add it in before serving. Just defrost in the refrigerator overnight and then reheat on the stove top over medium heat until warmed up. Add the cream and bring to a low simmer before enjoying. 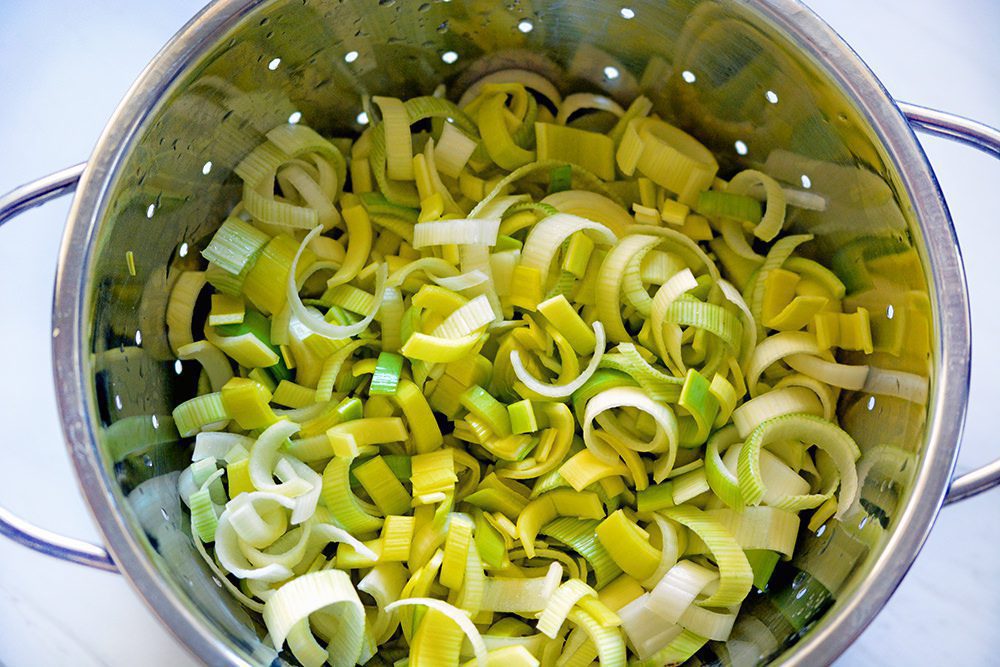 Here are some variations to keep in mind when making this soup:

Vegan Potato and Leek Soup– to make this Vegan, use vegetable broth and replace the heavy cream with coconut milk. Or leave the coconut milk out all together and increase the broth, to taste.

Dairy-free Potato and Leek Soup – to make this Dairy-free, simply swap out the heavy cream with coconut milk. Or leave the coconut milk out all together and increase the broth, to taste. 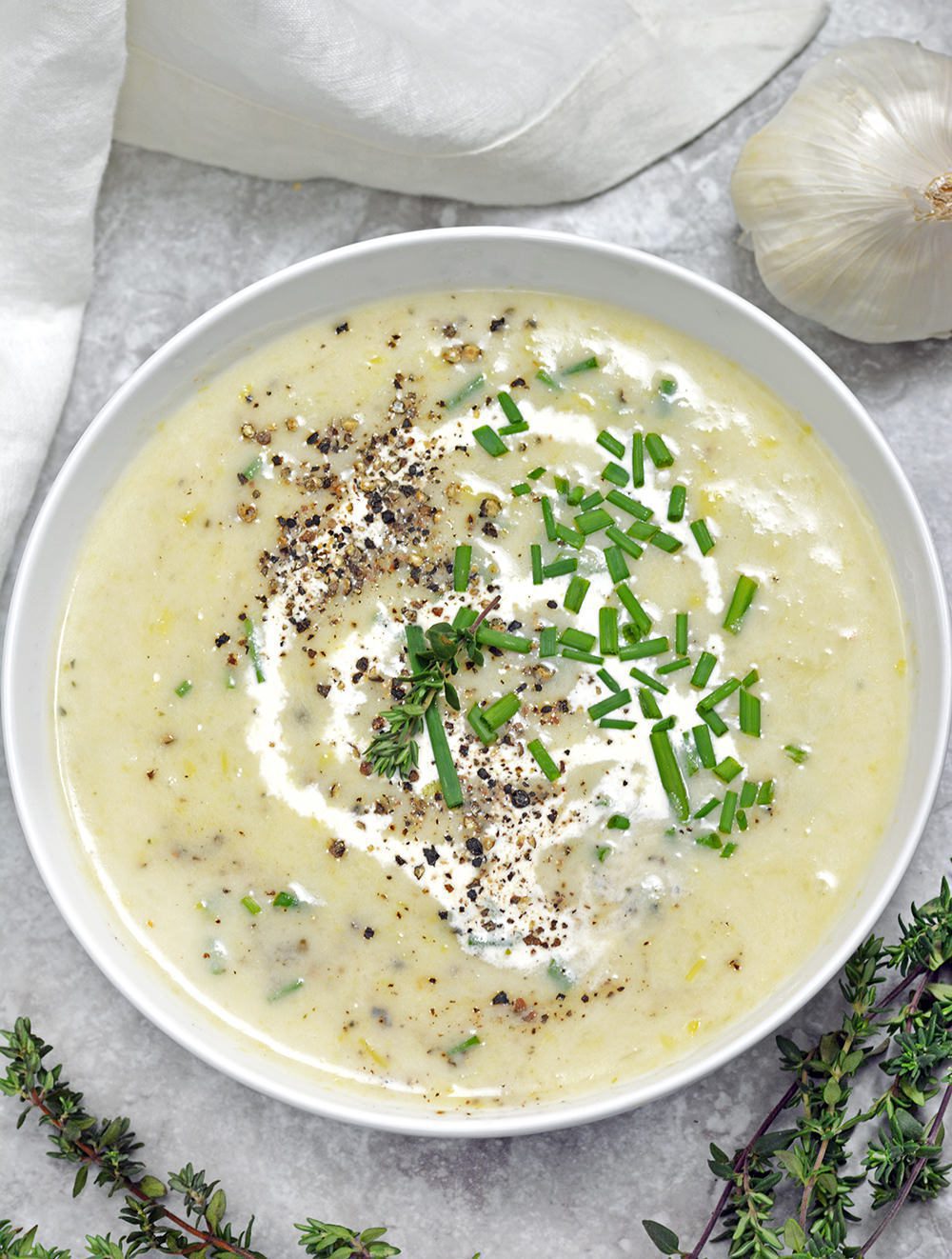 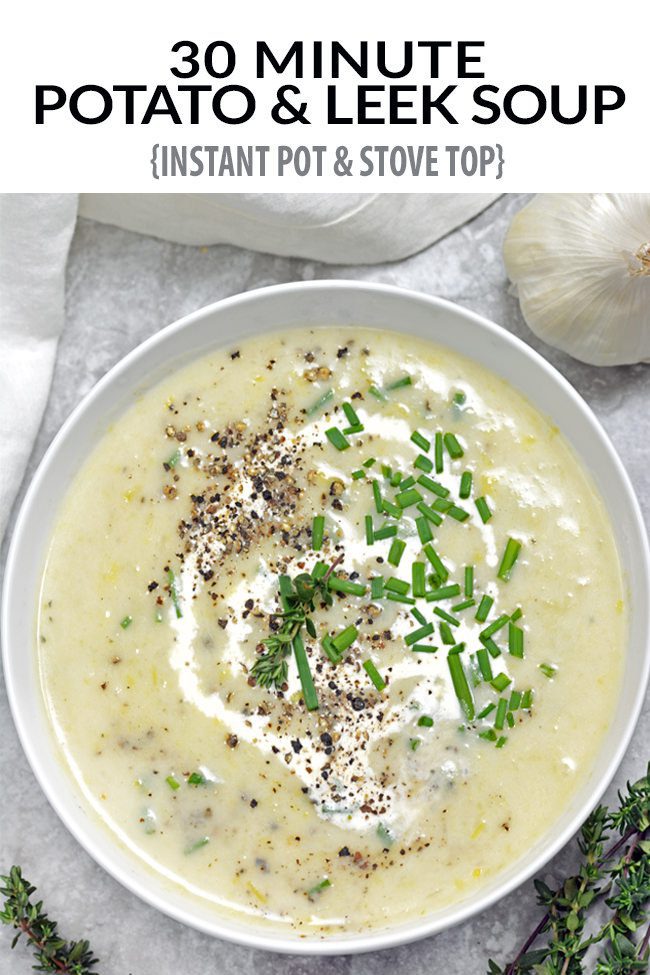 * You can also use a standard blender, however make sure to cool down the soup AND do not fill the blender base more than halfway. ** Need to adjust the consistency to your liking?  Simmer until thickened or add water/stock to thin it out.

Just made this soup in the Instant Pot. Directions were spot on. Very easy to follow. Just need to season more but prefer to add after making most dishes.