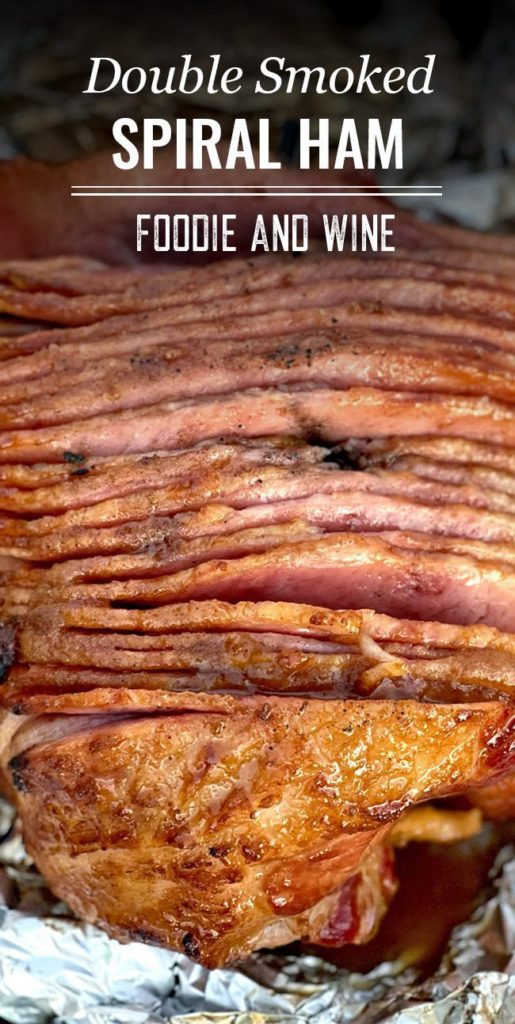 You’re left with smoked ham slices, covered in a buttery sugar glaze, without using precious oven space. Get out and smoke a ham this holiday season!

Smoked ham glaze is one of the most important parts of cooking smoked ham, as that’s where the flavor comes from. As such, we’re getting down to business so you can move on your merry way if our sugar glaze isn’t what you’re looking for. 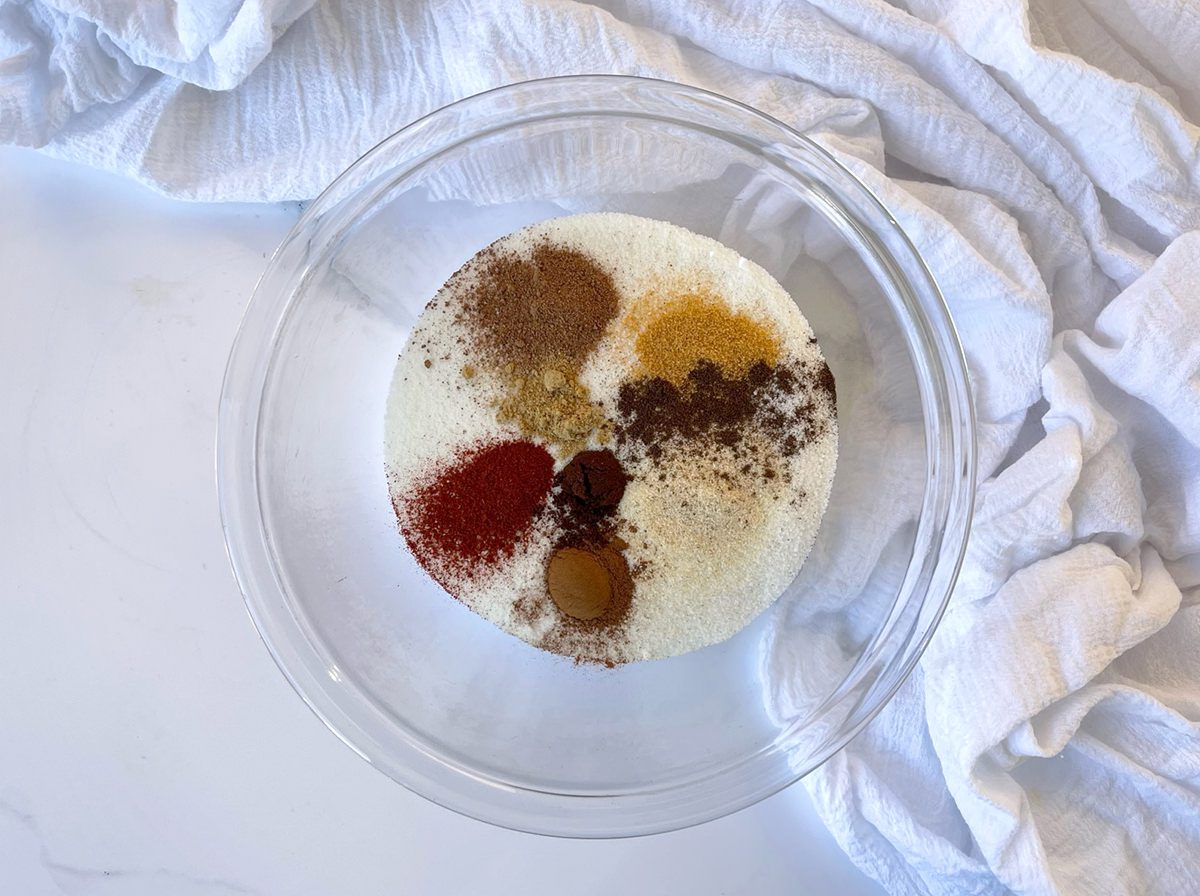 The reason it’s referred to as “twice smoked”, is because you’re buying a pre-cooked ham. Technically you’re not actually cooking the ham, just re-heating it and adding flavor via the smoke, rub and glaze.

When at the grocery store, look for a ham labeled “smoked spiral cut ham”. Also referred to as “city hams”. I always pick up the spiral cut ham at Costco as I know the quality and size is perfect for our holiday get togethers. You could always pick up a smoked ham roast instead for this recipe, if you prefer. 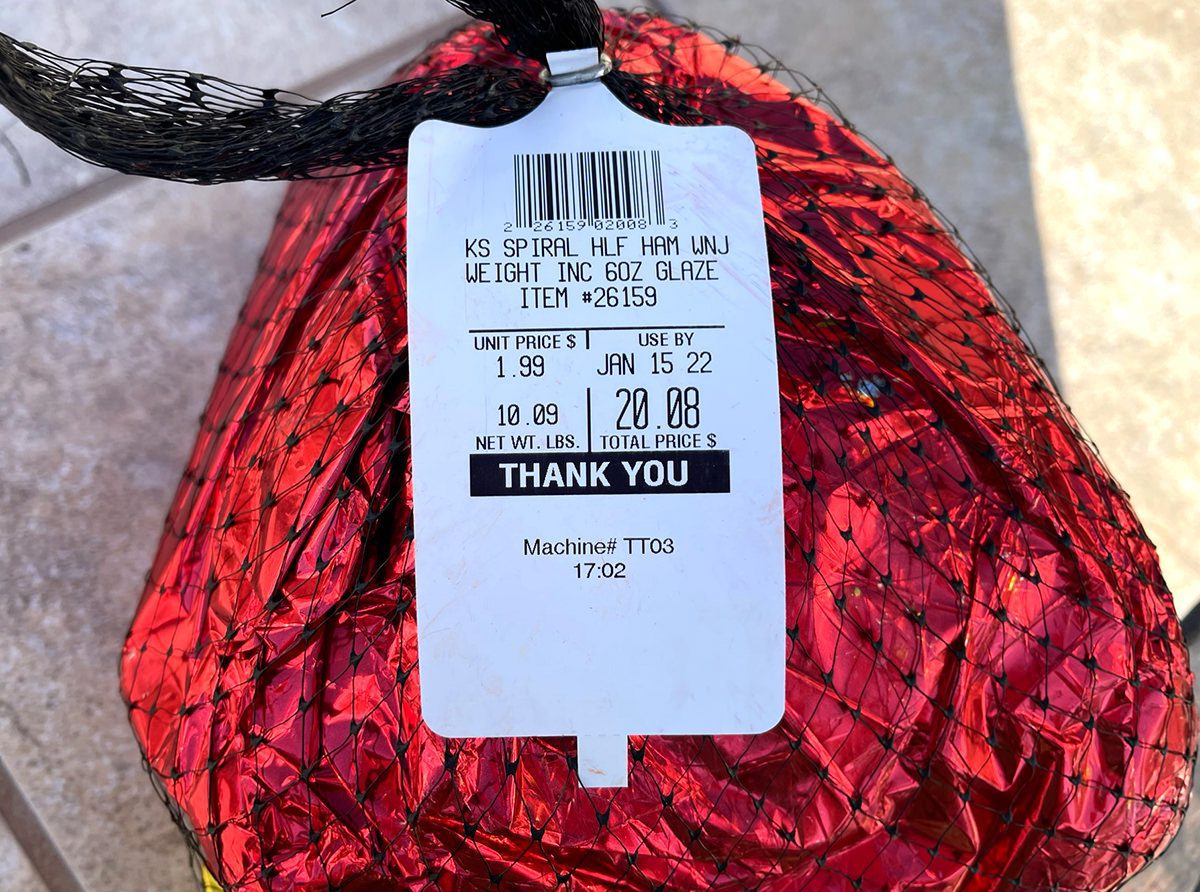 How to Cook a Smoked Ham

This ham recipe can be made on any smoker/grill. Smoking a ham on an electric smoker works great, as does as gas grill, electric smoker or manual smoker. We provide instructions for all methods. Just make sure you have the supplies called out below. 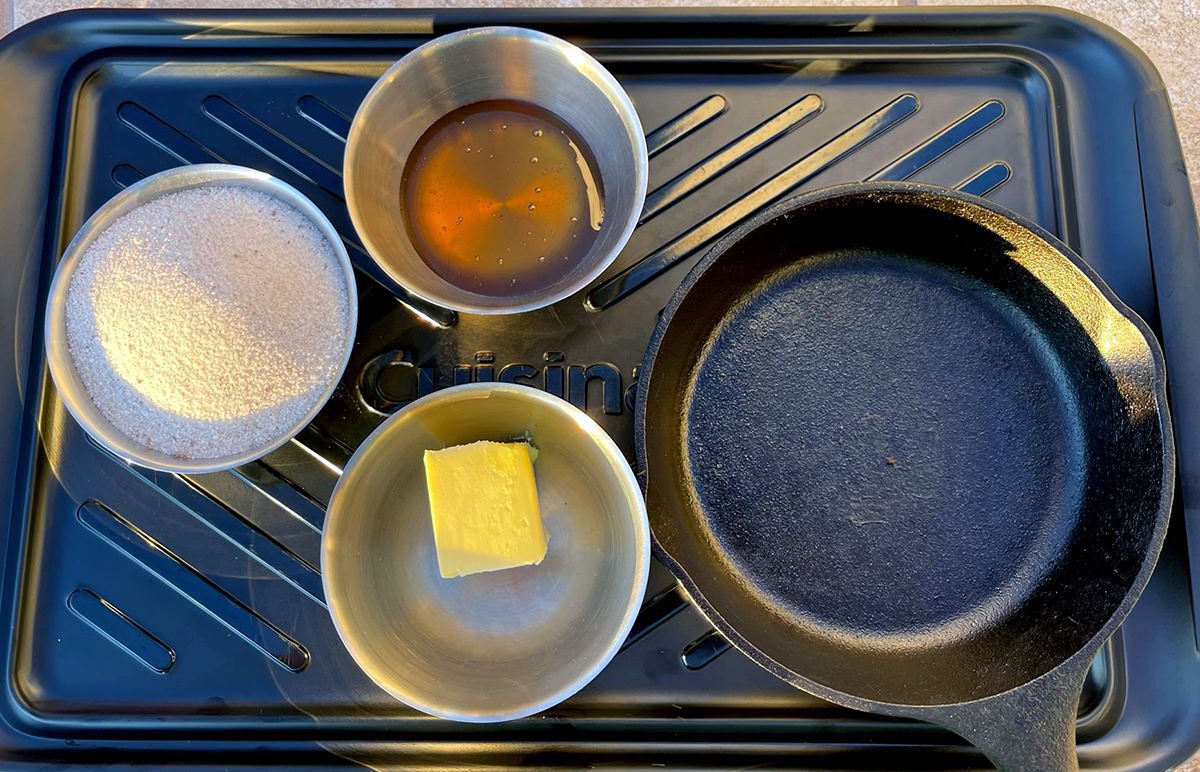 What Temperature Do You Smoke A Ham

Aim to keep the temperature between 225 – 250 degrees F so the ham retains moisture.

How Long To Cook A Smoked Ham

What Is The Best Wood For Smoking Ham

So many options for this half ham recipe! Since you’re purchasing a smoked fully cooked ham, you probably want to keep the extra smoke flavor to a minimum. You don’t want to “over smoke” and overwhelm the delicate ham and brown sugar glaze flavor.

Our go-to wood for smoking a ham is cherry wood or apple wood. Both impart a delicate smoke flavor. For a bit bolder flavor, use hickory wood to make a Hickory Smoked Ham recipe. 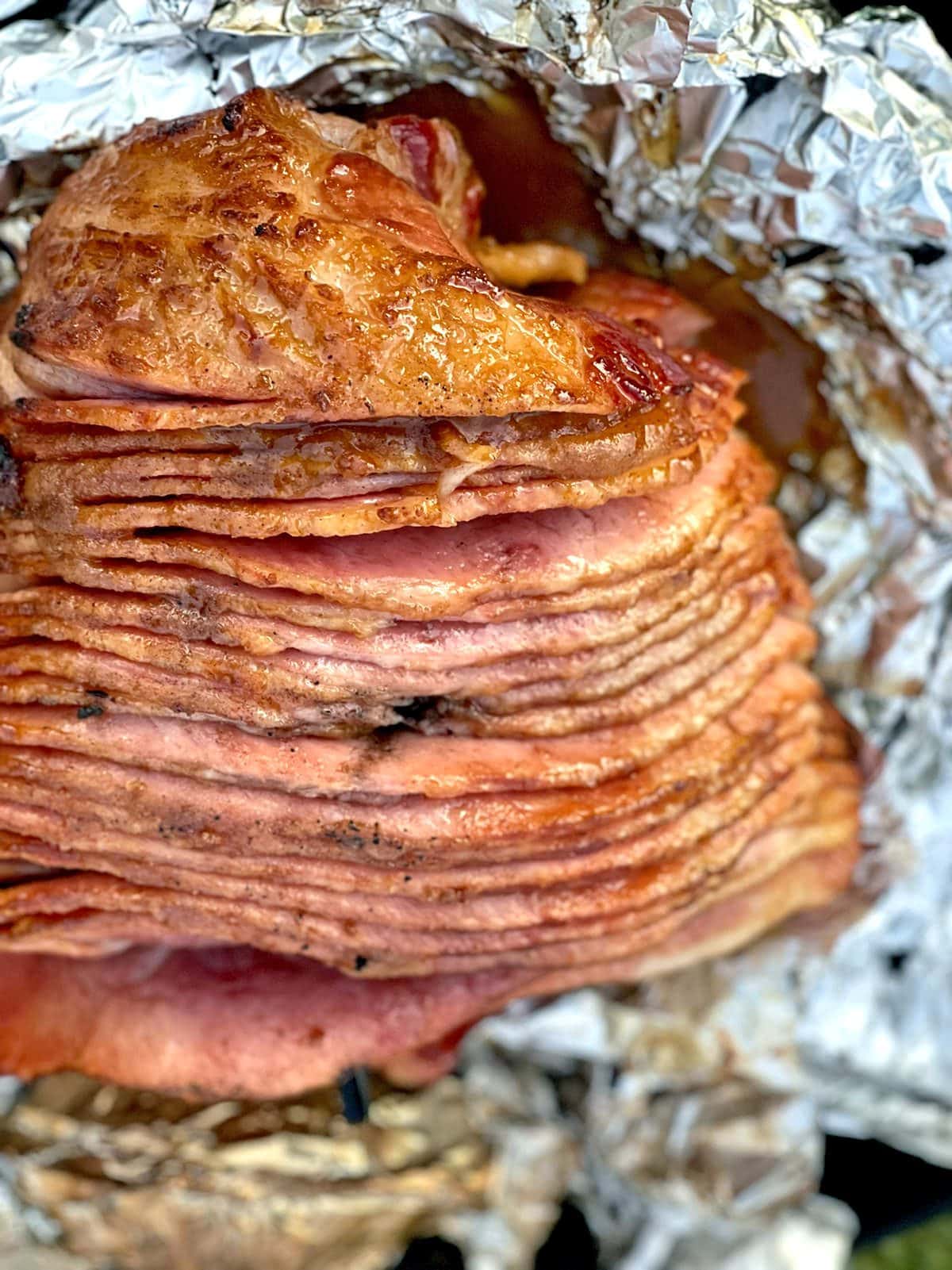 Can I Make A Double Smoked Ham In My Oven?

You can certainly use your oven to cook this ham, following the same recipe, however it’s no longer “twice smoked” as you’re not smoking it.

How Much Ham Per Person?

If serving just smoked ham steaks (without any other big protein), you want to estimate .75 lb per person. If you pick up a boneless ham roast, calculate .50 lb. per person.

What To Serve With Ham

What Wine Goes With Ham

## I’d love to hear from you! Use hashtag #foodieandwine when you’ve made this recipe and post to social media! Leave a comment below, after you’ve made it, to let me know your thoughts! 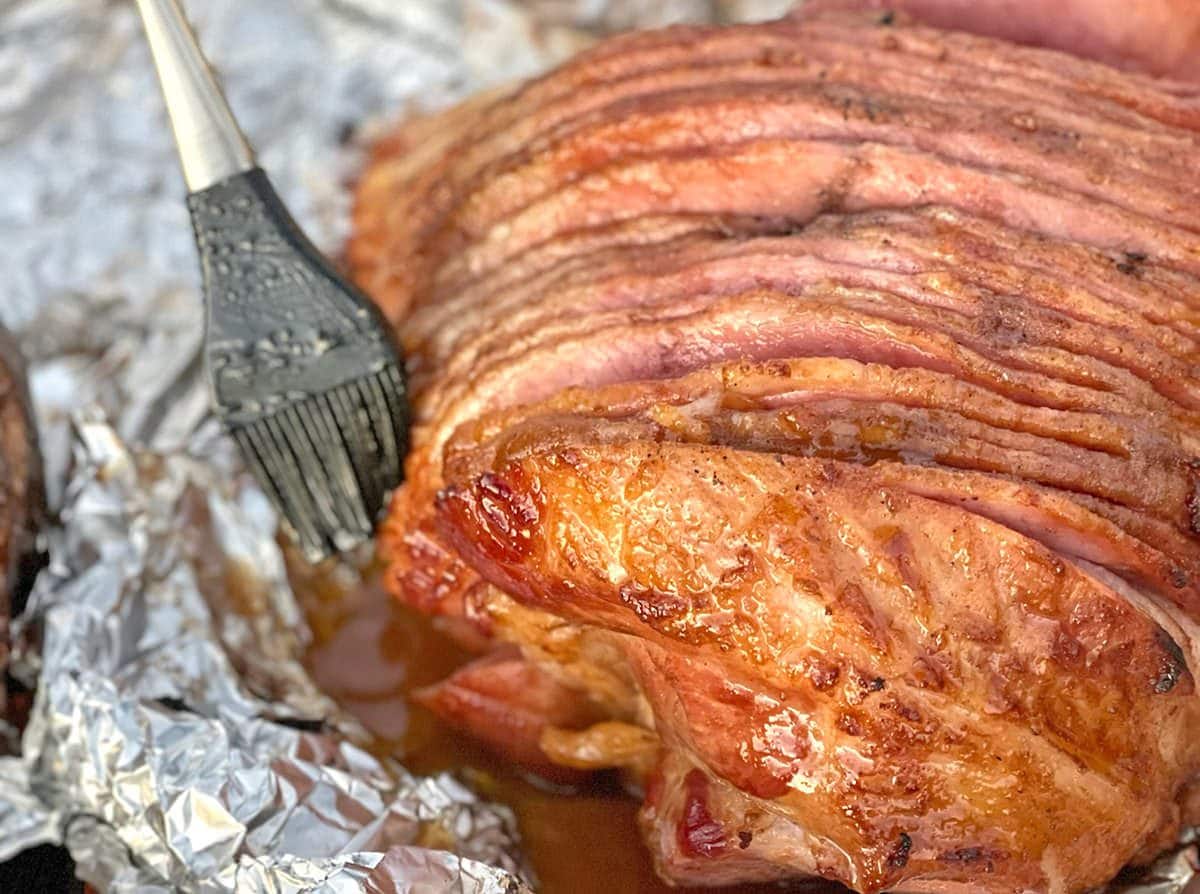 Note 1 - You can use a half ham, boneless ham, etc. Spiral ham is what we utilize, but you may have another preference. Note 2 - We use Instant Pot Bone Broth, but you may also use apple juice, apple cider, beer, cider or water. Recipe adapted from this copycat recipe.