Mix it up by making this Pad Woon Sen recipe, a lesser known Thai Glass Noodles Stir Fry recipe, in just 30 minutes. It’s a great recipe to use up leftover protein or vegetables. 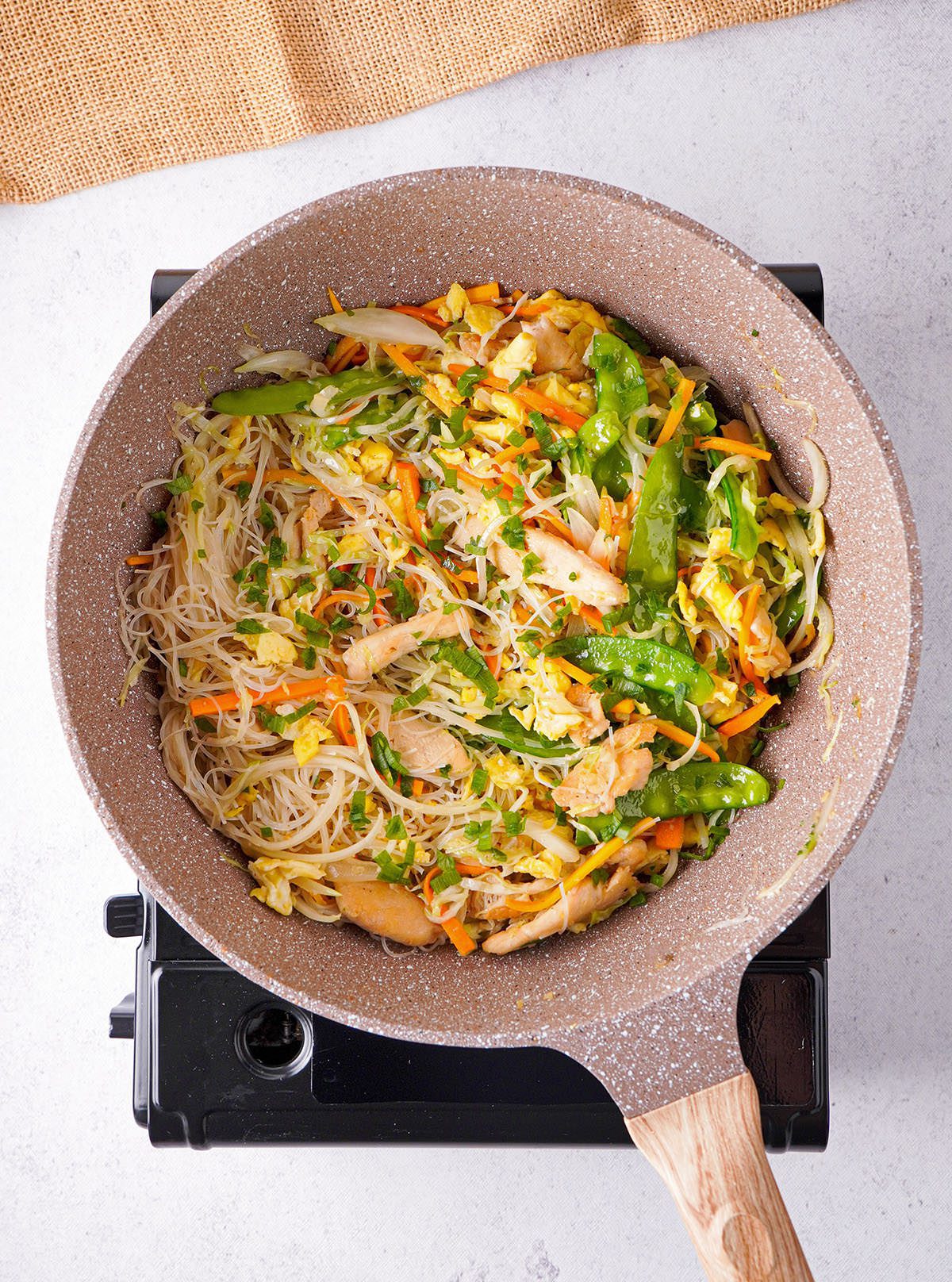 What Is Pad Woon Sen

Pad Woon Sen noodles are loaded with bright flavors, a savory sauce, crunch vegetables and the protein of your choosing. Top with thai peppers for an extra layer of flavors and heat.

They are easy to find at any Asian grocery store or online. The noodles are thin and bright white! They turn translucent when cooked, hence the name “glass noodle.”

If you’re unsure if you have the right noodle, just check the back for “mung bean starch” on the ingredient list. 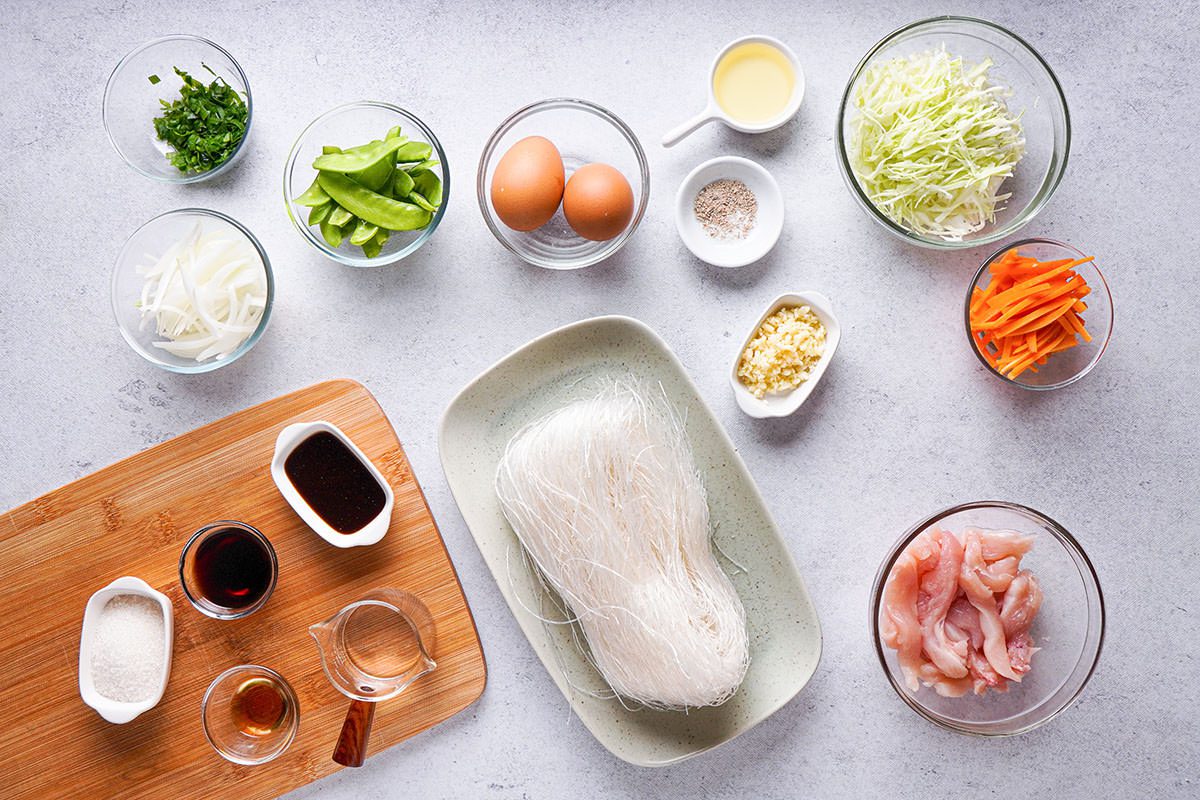 Here are the non-staple ingredients to make Pad Woon Sen. The full list of ingredients is listed in the recipe card below.

Noodles – While bean thread noodles are traditional, you can use what you have on hand. Rice vermicelli , sweet potato glass noodles or any rice noodles would work in a pinch. Just cook according to the directions on the back of the box.

Fish Sauce – Fish sauce really makes the dish. It provides a huge umami punch, so try and grab some next time you’re grocery shopping. If it’s not an option, just sub in extra soy sauce. 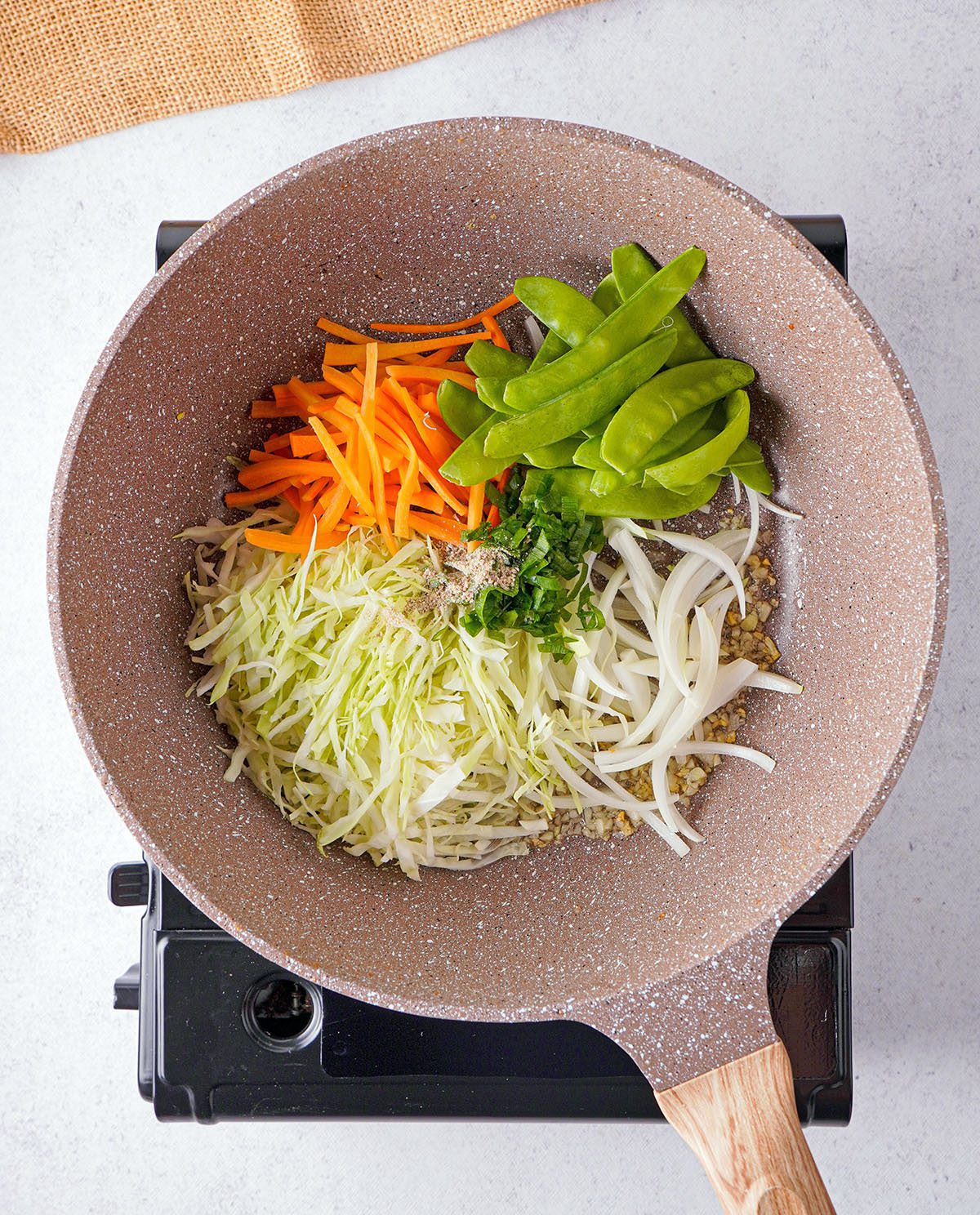 One of the best things about stir fry dishes is the ability to customize the vegetables. Use the veggies you need to use up in your fridge. Ideally, we like cabbage, carrots and snow peas, when making glass noddle salad, but other ideas that would work well: 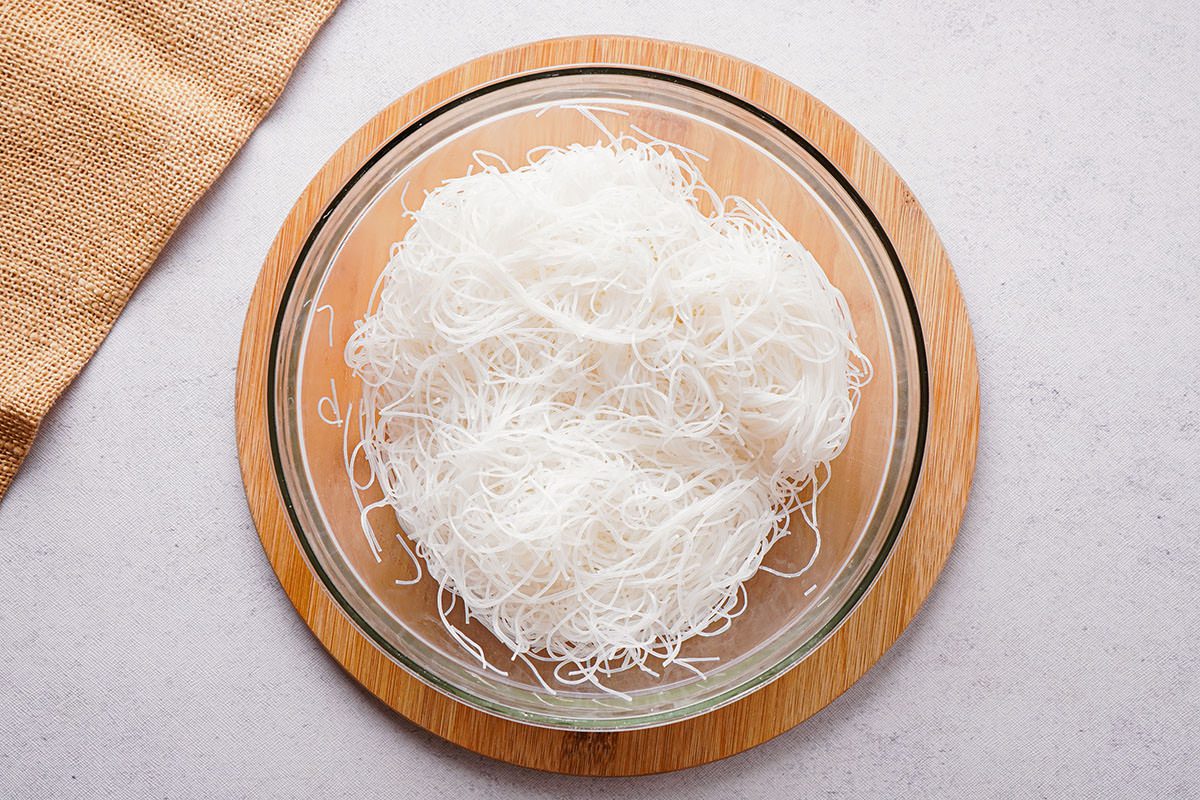 Pan Woon Sen doesn’t require much time to prepare, but it is all hands-on time, such is the nature of stir fry recipes.

Here’s the general steps you’re looking at, when making. For the full recipe, reference the detailed recipe card below.

Noodles – Cook the rice noodles by soaking them in boiling water.

Sauce – Whisk together the sauce ingredients.

Sauce it Up – Toss the chicken and vegetables with the sauce and grub away! 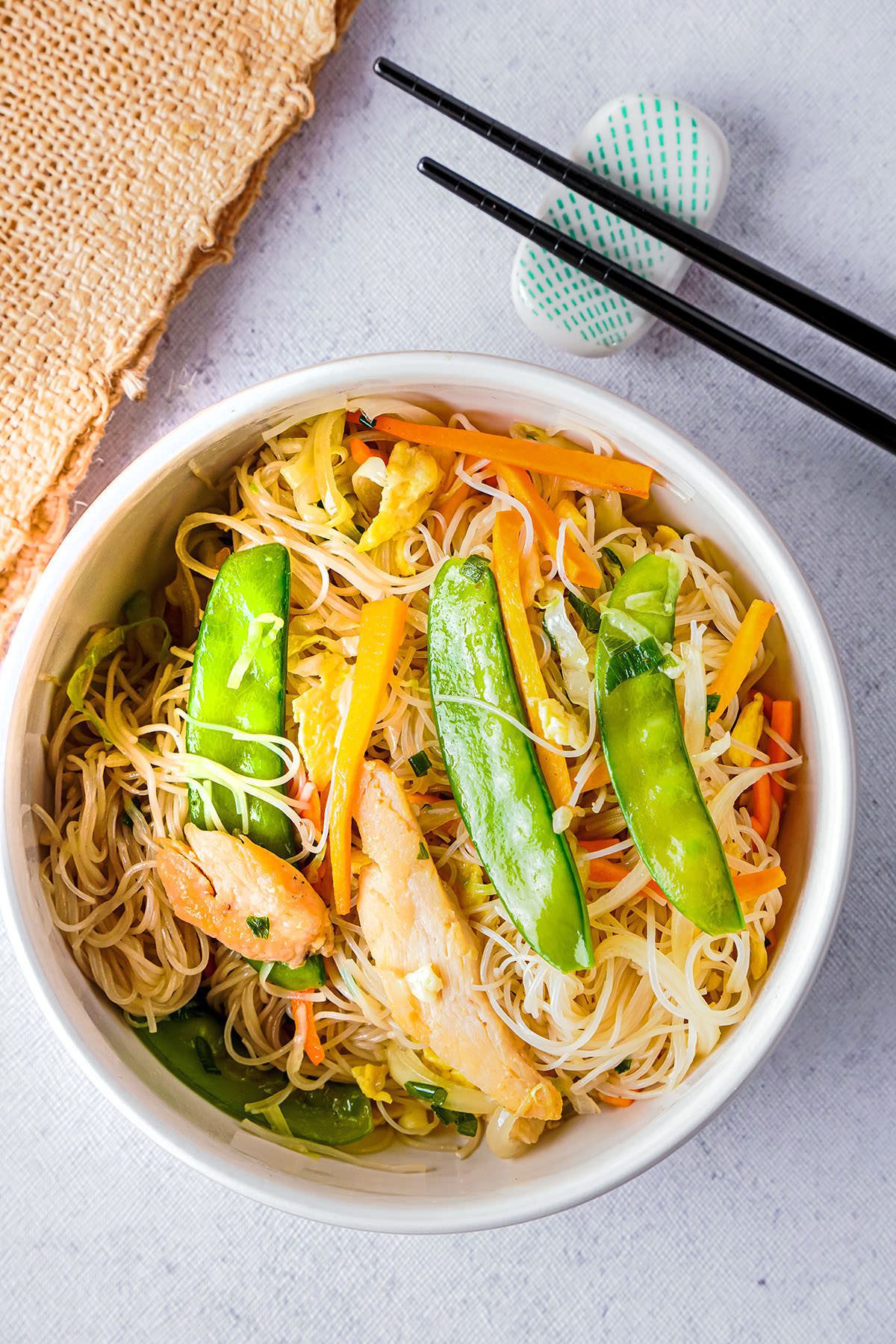 Pad Woon Sen can also be made with other proteins or even edited to be a vegetarian dish.

To make this recipe for glass noodles with beef, replace the chicken with equal parts beef. Just sprinkle with salt and pepper before cooking.

To make pork noodles, replace the chicken with equal parts pork (sliced or minced). Just sprinkle with salt and pepper before cooking.

Omit the chicken altogether or replace with tofu. Cook the tofu using your favorite cooking method.

Spike the sauce with red pepper chili flakes or even a hit of gochugaru. 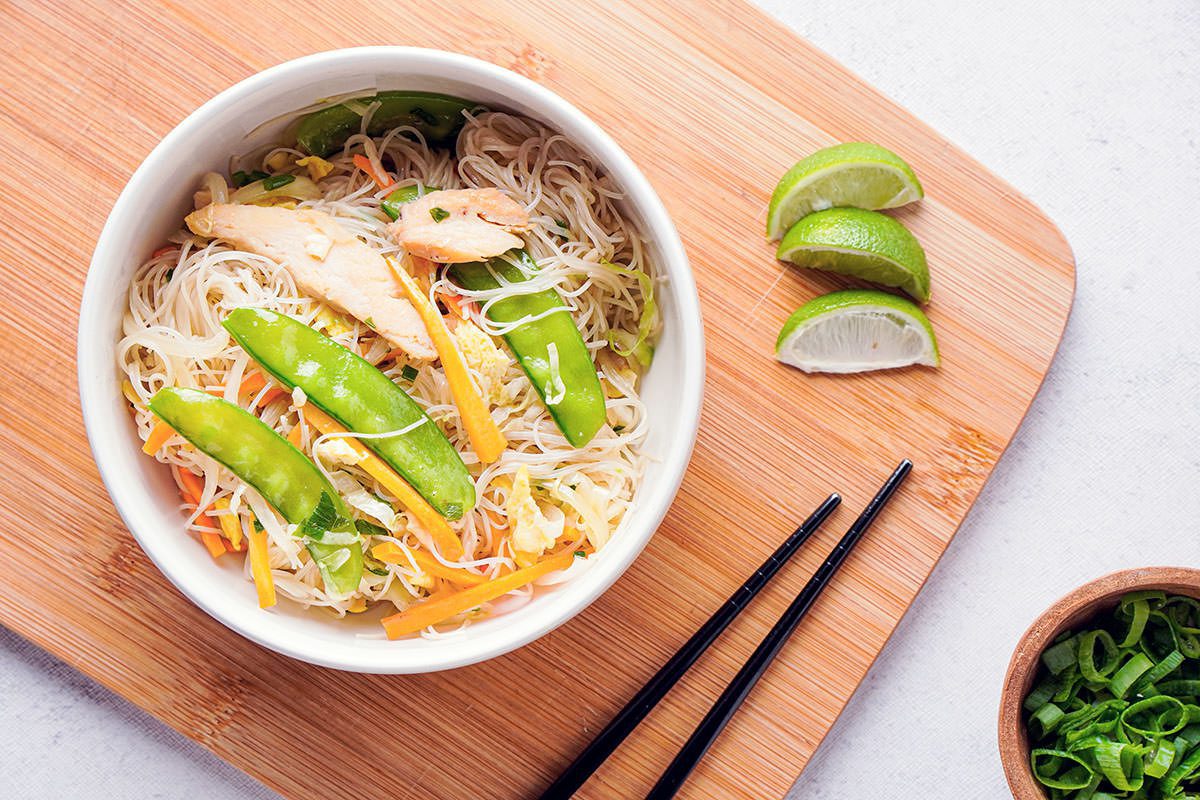 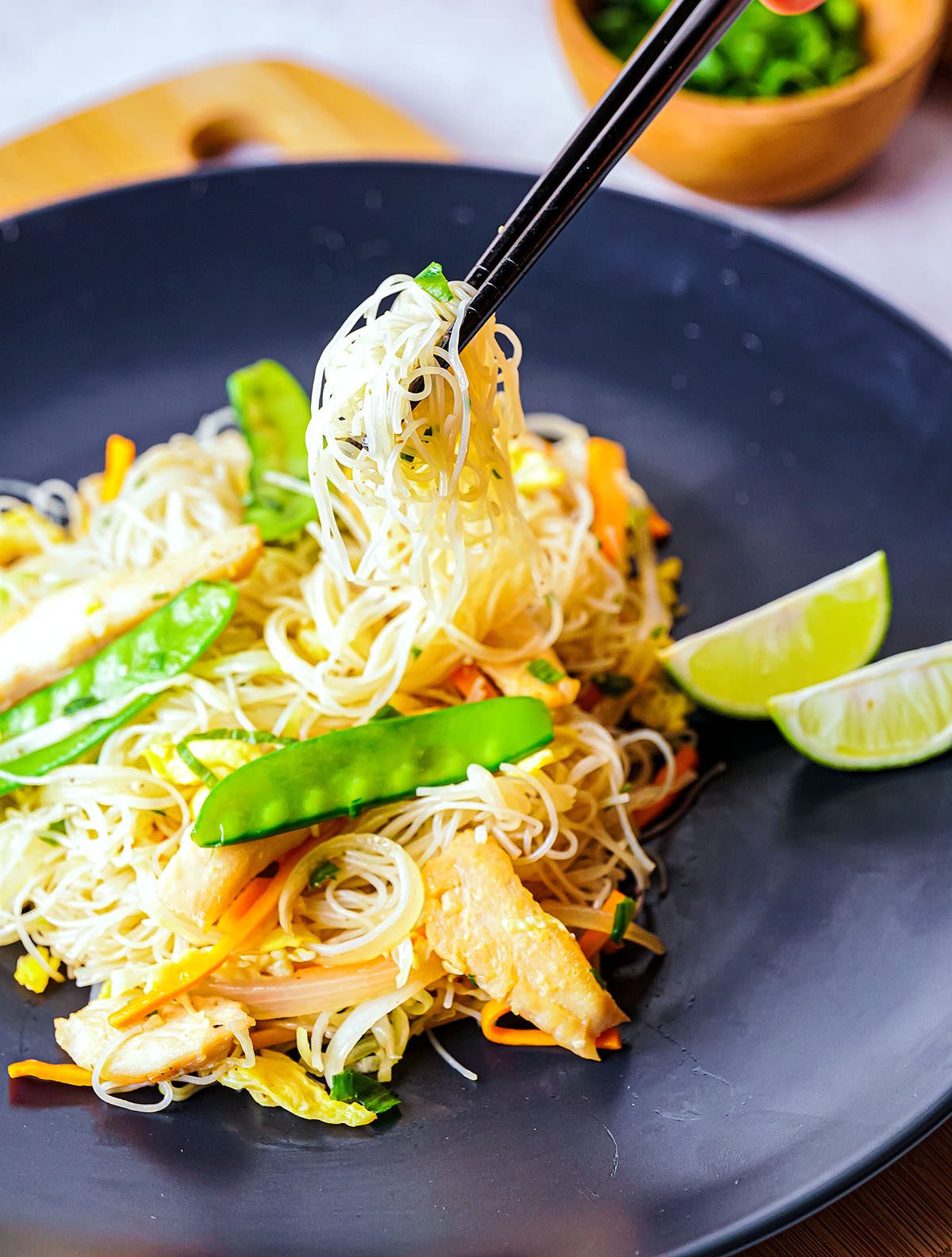