Pollo Asado Tacos, along with our popular Carne Asada Tacos and Birria Tacos, make the perfect Cinco de Mayo recipes! Grilled pollo asado is stuffed into a corn tortilla and topped with your favorite chicken taco toppings to deliver a delicious and authentic Mexican taco recipe.

The base of this pollo tacos recipe is chicken thighs, either grilled or roasted, marinated in a mix of spices and citrus juice, including achiote. While achiote chicken is a rock star on its own, who can pass up making a Mexican street taco out of it?

There are a ton of taco toppings that would be killer on these pollo asado tacos. 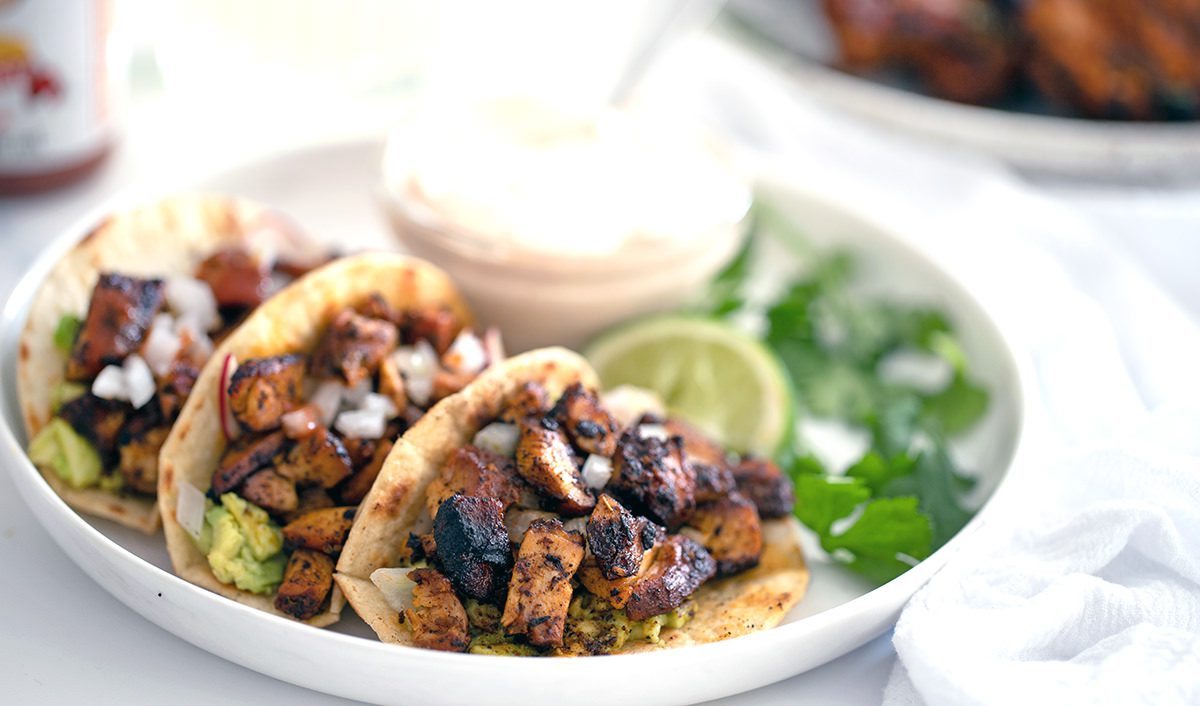 When grilling the chicken use a charcoal grill instead of a gas grill.

Make it a Street Tacos by doubling up on the corn tortillas and top with only onions and cilantro.

What To Serve With Pollo Asado

Pollo Asado tacos are filling on their own, but if you want some side dish ideas, we have you covered:

Here are a few of our favorites: Mexican Mule, Mango Michelada, Michelada rimmed with Chamoy, Beermosa, or Margarita. Anything Mexican themed!

## I’d love to hear from you! Use hashtag #foodieandwine when you’ve made this recipe and post to social media! Leave a comment below, after you’ve made it, to let me know your thoughts!

Nutritional values are calculated using only the chicken and tortilla. No toppings are included in the calculations.